Memorial gathering for Richard M. Sabinish will be from 4 to 7 p.m. Tuesday, Aug. 16, 2016, at Bonnerup Funeral Service in Albert Lea. A prayer service officiated by The Rev. John Mitchem will conclude the evening at 7 p.m. His family asks that attendees come dressed in their favorite Minnesota sports apparel to honor Richard. A private burial service will be conducted at Fort Snelling National Cemetery. 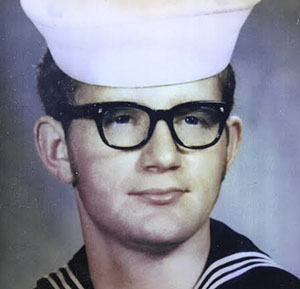 Richard was born Feb. 7, 1950, in Albert Lea to Richard and Betty (Carlsen) Sabinish. He attended Albert Lea Schools, graduating in 1968. Richard worked at Streater in Albert Lea for 44 years, only taking a break from employment for enlistment in the Navy. While in the United States Navy from 1969 to 1973, he was stationed in Japan for two years and on the USS Newport News for another two years. Richard was awarded the Vietnam Service Medal, Combat Action Ribbon and Vietnam Campaign Medal. He was a member of the Veterans of Foreign Wars, Disabled American Veterans, American Legion and Military Order of the Purple Heart. As a member of these organizations, Richard was involved in fundraising and walking in parades as a veteran.

On Aug. 16, 1975, Richard married Carolyn Rice at Rice Lake United Methodist Church. They raised their three children in Albert Lea and were later divorced. Richard’s hobbies included a love for movies, bowling, golfing, fishing and camping. He was a longtime fan of the Freeborn County Fair and could be found at the bingo booth. He was an avid sports fan, who kept up with his Minnesota teams. Richard enjoyed the time he spent with his family and pets — especially visiting his mother, Betty, as she aged.

Richard was preceded in death by his parents and brother-in-law, Richard Blazek.