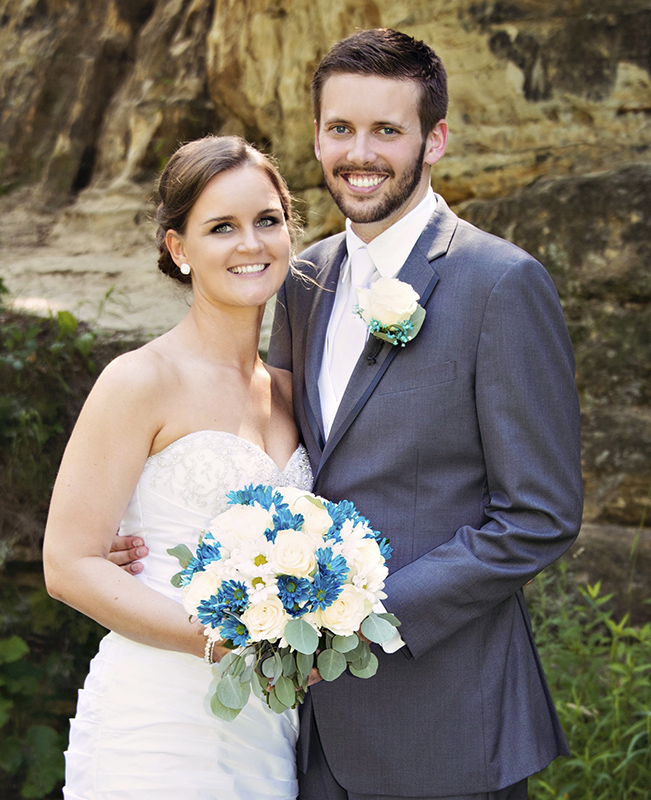 The best man was Eric Thompson, friend of the groom.

Tim Sather, brother-in-law of the bride.

Ring bearers were Noah Schwartz and Sawyer Sather, nephews of the bride.

The bride is the daughter of Carl and Michelle Schwartz of Cottage Grove and granddaughter of Lawrence and Ione Deal of Battle Lake, Michigan. She is a 2005 graduate of Park High School and a 2010 graduate of the University of Minnesota-Duluth. She received her degree in early childhood education. She works as a claim examiner for Securian Financial Group.

The groom is the son of Dale and Charlotte Elvebak of Albert Lea and the grandson of Junior and Harriet Korn of Walters and Violet Thorland of Edina. He is a 2005 graduate of Albert Lea High School. He attended the University of Wisconsin-Stout through 2009 and earned his master’s degree from Concordia College in St. Paul in 2016. His major was technology education. He is a technology education teacher.

The couple took a honeymoon cruise in the Caribbean and are making their home in Farmington.