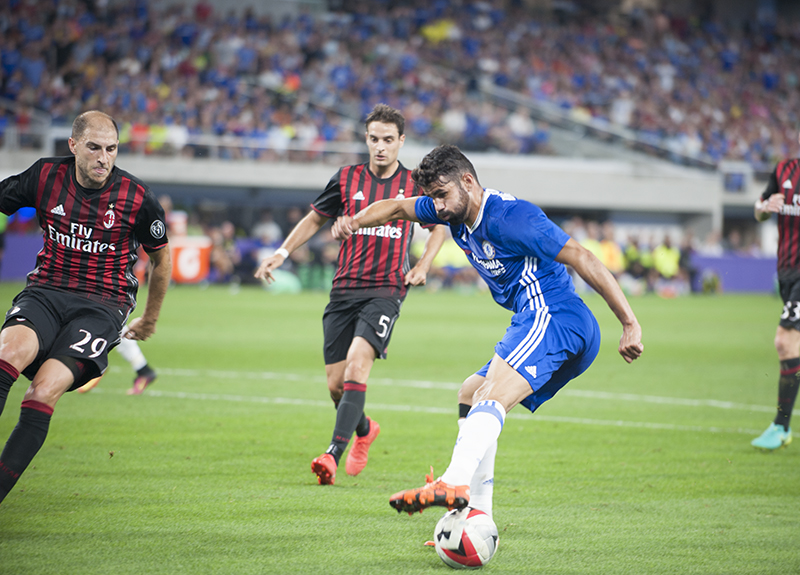 MINNEAPOLIS — With two goals in the second half by star midfielder Oscar, Chelsea beat AC Milan 3-1 in an International Champions Cup friendly Wednesday night, the first event at sold-out U.S. Bank Stadium ahead of the NFL season for the Minnesota Vikings.

Bertrand Traore scored in the first half for Chelsea, a goal answered about 15 minutes later for AC Milan by Giacomo Bonaventura. “Let’s Go Crazy,” the 1984 dance anthem performed by the late musician Prince, played over the sound system after each score.

The announced attendance was 64,101, the largest crowd to watch soccer in Minnesota. Natural grass was laid on top of the artificial surface for the match inside the towering, translucent $1.1 billion stadium.

The International Champions Cup, in its fourth year, is a series of exhibitions serving as a preseason tour for several of the world’s top clubs. This summer, the ICC is spread over four continents for 17 teams. Five of the 10 venues in the U.S. are NFL stadiums, and four of them are major college football stadiums. 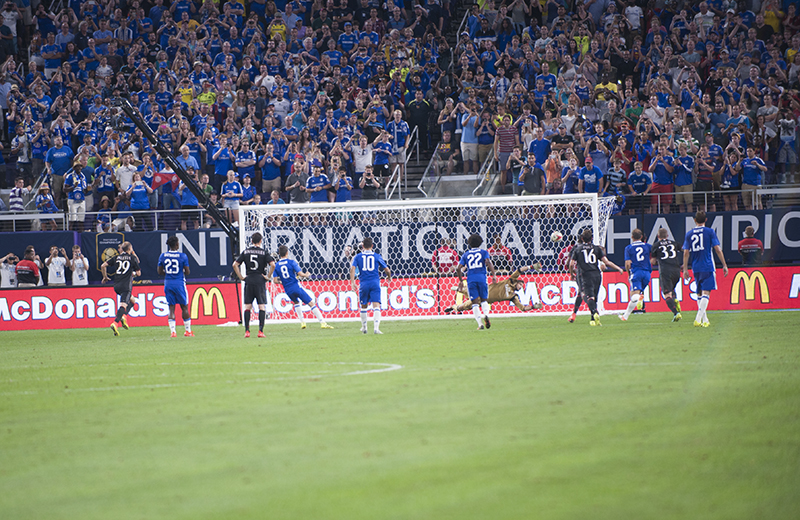 Minneapolis was an ICC host two years ago, when a crowd of about 34,000 was announced for the Olympiacos-Manchester City match.

With a Major League Soccer expansion franchise recently awarded, pending state legislative approval of the stadium financing plan across the river in St. Paul, the Twin Cities area has steadily flourished into a hot spot for the sport. Chelsea fan club members helped pack the place with their blue jerseys, and there were plenty of red-and-black AC Milan shirts inside, too.

The fans took only 20 minutes to start the first wave in U.S. Bank Stadium history, a rolling roar that wasn’t quite as loud as the reaction to the Blues taking the lead. In the 24th minute, a shot by Victor Moses glanced off the hands of diving AC Milan goalie Gianluigi Donnarumma. Traore was right there for the rebound header.

In the 38th minute, Bonaventura tied the game with a booming free kick that bent left and tucked into the corner of the net.

Chelsea has a lot of work to do in the upcoming season to restore itself among the English Premier League elite, coming off a 10th-place finish. New coach Antonio Conte, fresh from the Italian national team, has taken over the proud franchise. French midfielder N’Golo Kante, a recent purchase from EPL champion, received a loud ovation early in the second half when he subbed in for Traore.

AC Milan, on tour without stars Carlos Bacca and Mattia De Sciglio, is also trying to re-establish itself as a European power after finishing seventh in Serie A.