Songs of Marilyn Monroe, Elvis Presley and Buddy Holly to be shared 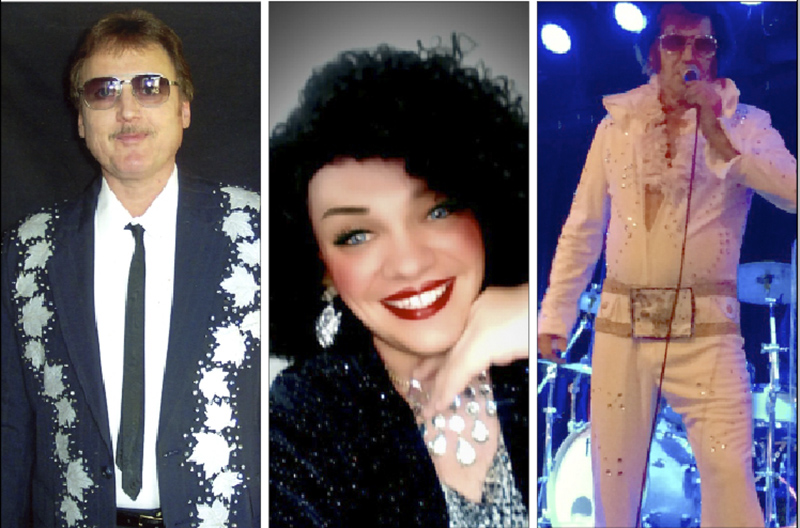 Starting at 7:30 p.m. will be Dylan Kaercher as Marilyn Monroe, Denny & the DC Drifters performing the work of Buddy Holly and Chuck Lewis as Elvis Presley.

“It has three of the main performers of that era — if not the three main,” said Denny Charnecki, of the DC Drifters. “Any one of those programs would be fun to watch, but seeing all three of them should be something you don’t want to miss.”

Kaercher, of Austin, has performed in musicals since he was 5, and is heavily involved in area theater. He runs his own theater camp and helps several area high schools and middle schools with choreography for productions. He has toured with the DC Drifters band for about three years.

He has performed with many people and groups over the years, including Chuck Berry, Elvis Presley’s band, Fabian, The Coasters and Chubby Checkers.

The DC Drifters will perform selections from its Buddy Holly tribute show it performs in Clear Lake, as well as some of its hit records.

Lewis, who lives between Albert Lea and Twin Lakes, has performed as Presley for 40 years.

He said he has been an Elvis fan since he was 7, noting that Presley died on his 21st birthday.

He formerly was part of a band called The Convertibles and has been in numerous Elvis contests across the state and the country, including one called Elvis Explsion. He also performs at graduations, birthdays and other parties.

Lewis said he connected with Charnecki in July and they have planned a few shows.

Charnecki estimated the Sept. 3 show would be about two hours.

The Marion Ross Performing Arts Center is at 147 N. Broadway.

What: A tribute to Elvis Presley, Marilyn Monroe and Buddy Holly