The Tigers have a new leader 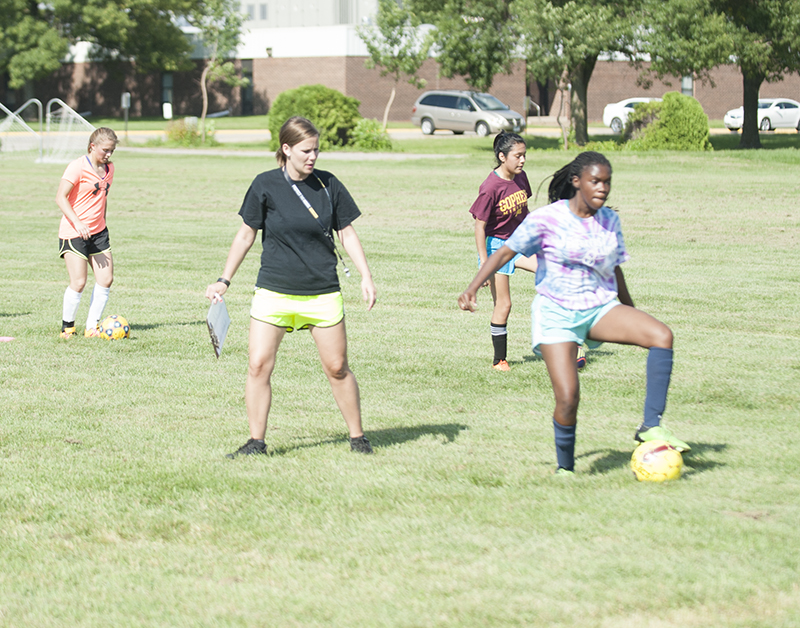 It’ll be 11 years this fall since Laura Wangen starred on the Albert Lea girls’ soccer team.

When she steps back onto the field this fall, she won’t be a player. She will be a coach for the school of which she once played.

Wangen graduated from Albert Lea High School in 2006. She participated in many sports while in high school — soccer, hockey, swimming and diving to name a few — and she starred in all of them.

She was a varsity diver in seventh and eighth grade, then was named All-Conference in soccer as a freshman before going on to excel in hockey at Gustavus Adolphus College in St. Peter.

She graduated from Gustavus Adolphus in 2010 with a degree in elementary education, and came back to coach. She is also a first-grade teacher at Lakeview Elementary School.

The last five years, she has spent time as an assistant coach for girls’ hockey and girls’ soccer.

She prides herself on staying busy, embracing challenges and focusing on the minor details.

When she was named the head coach for girls’ soccer in June, she couldn’t have been more excited for the opportunity.

“I found out mid-way through the summer that I was going to be named head coach,” Wangen said. “When I was named head coach, it didn’t take me long to figure out how much actually goes on behind the scenes.”

Wangen has enjoyed a busy summer, and said she wouldn’t have it any other way.

Over the past couple of years, Wangen has been working towards her master’s degree in literacy education and is working on her thesis, which she will present in December when she graduates.

married to Wangen back in July. So between working on her master’s, planning a wedding and preparing a team for the upcoming season, Wangen certainly has shouldered a considerable workload.

“I wasn’t able to think too much about soccer until the wedding was over because it was very time consuming to plan,” Wangen said. “Since the wedding has been over, I have tried to find some time to relax, but I love to keep busy.”

Now that she has had a little time to unwind, Wangen is ready for this upcoming season and her first as a head coach.

One major focus of hers is to make sure her team focuses on the minor details of the game; making the correct pass on the spot, being in the right position on offense and defense, and picking each other up.

“One thing I want the girls to know is that no matter how well or poorly you played or practice, what you did today doesn’t make a difference about what could happen tomorrow,” Wangen said.

That’s one thing she has tried to instill in her students in her first-grade classroom. Another is it’s OK to make mistakes.

“One thing about little kids is that they aren’t afraid to fail,” Wangen said. “They will keep trying until they get it. That’s what I want my players to know. It’s OK to screw up, but you learn from it and come back better the next time.”

Wangen hates to lose and she will look to bring a winning mindset to the team this year, a team that won seven games in 2015 and finished one game below .500.

“I think this team has a lot of potential,” Wangen said. “But it’s going to be a process. When I met with the captains, I told them I wanted them to set realistic goals and be able to achieve those goals.”

Over her years in high school and college athletics, Wangen realized there is much more to life than sports and the results that come with it.

“I want the girls to know there is more to life than just soccer, or sports in general,” said Wangen. “I realized that when I got to college. It’s about the relationships, the friendships and working together. Winning certainly helps your attitude, but winning doesn’t always make you a winner.”

From playing on the same field she will soon coach on, to getting married and completing her master’s, there certainly is a lot out there in the world for people to tackle.

And for Wangen, nothing seems to be too much. 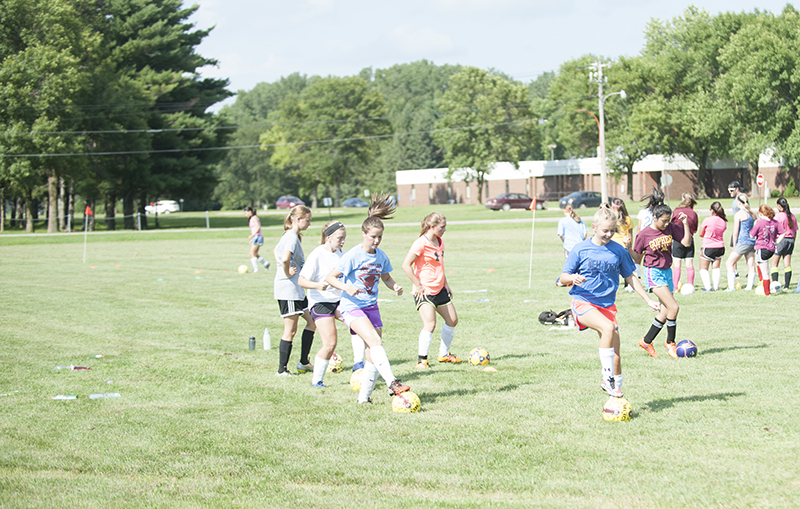