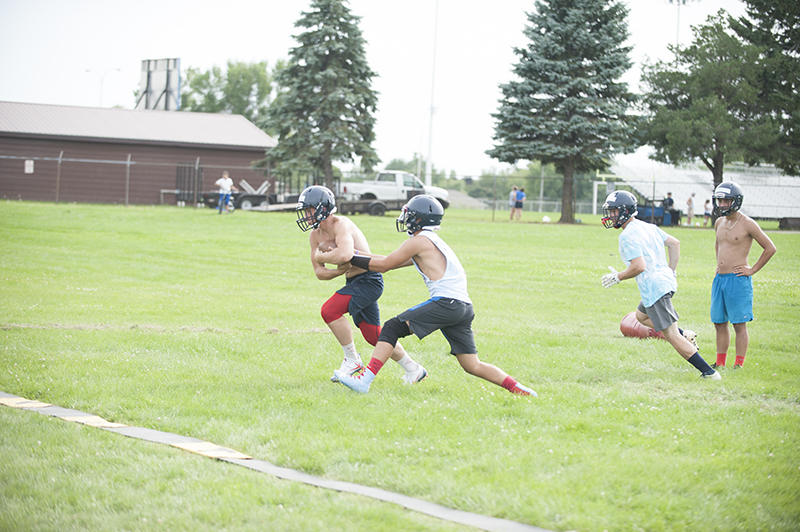 While they can’t put on pads until the end of the week, that didn’t stop the Albert Lea Tigers from competing and learning the basics on their first day of football practice Monday.

It’s a brand new year with a brand new attitude for a team that has gone winless the past three seasons.

With new head coach Corey Black intently watching over and coaching his team, there was an excitement and energy in the air. 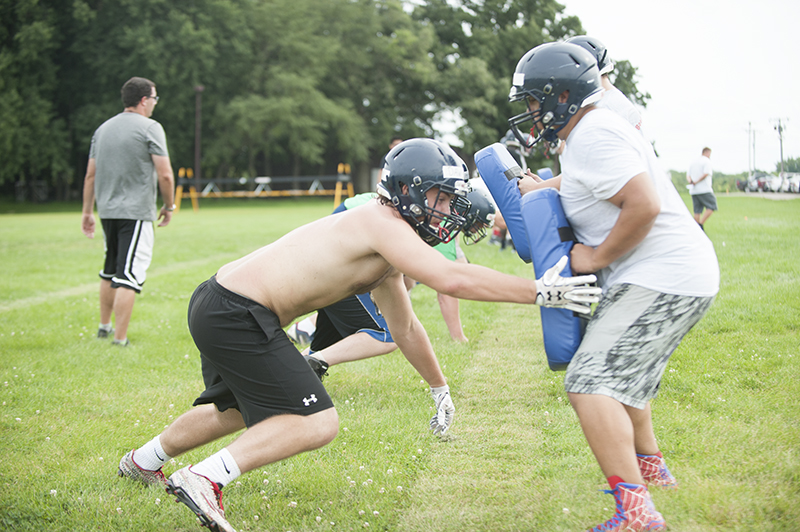 Albert Lea’s defensive line works on moves to get past offensive linemen during Monday’s first practice of the season.

“I know it’s only been one day, but the energy has been good so far,” said Black as his team was warming up for its afternoon session. “We’ve got plenty to work on, but right now we are trying to get the guys acclimated to one another and put in some simple tecnhiques on both offense and defense.

The Tigers worked on a base defense that will be controlled by Matt Bitz and some offensive plays, which Black will hold the reins.

It just doesn’t seem like football when guys are running around with shirts and shorts on, though.

“We definitely want to get in pads to see what we have as far as hitters on this team,” Black said. “But we will have to wait.”

One thing Black has noticed is the underclassmen and the excitement and energy they have brought to the first practice.

“It seems like the underclassmen have a sense of urgency about themselves, we all kind of do,” Black said. “They really stepped up in the weight room this summer and it seems to have trasnferred over to the practice field, even if it’s only day one.”