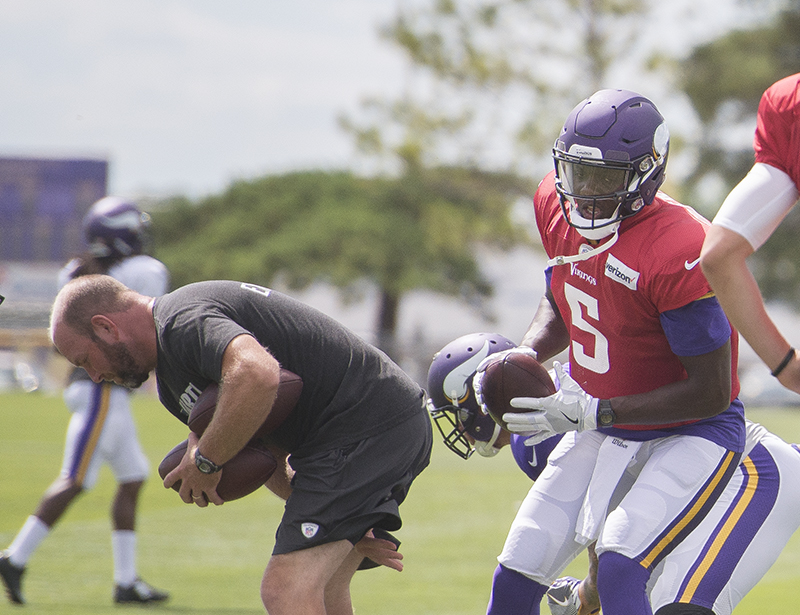 It has been a week since the Minnesota Vikings started training camp for their upcoming season.

The Vikings have stayed clear of the injury bug and Mike Zimmer has his team practicing like a well-oiled machine.

It’s crazy how much time and planning goes into one practice. Very little time is wasted and every player knows where they need to be.

Friday’s practice went about as smoothly as one could go.

The team held a walkthrough  with no pads during the morning session, running through offensive and defensive plays at both ends of the field.

After the horn sounded, the majority of players headed back inside while others worked on special teams.

Unlike the other coaches, Zimmer didn’t leave. He kept his eyes pierced on the field, intensely watching for any mistakes on special teams.

After a two-hour recess where the players enjoyed lunch, film study and meetings, it was back onto the practice field in full pads. 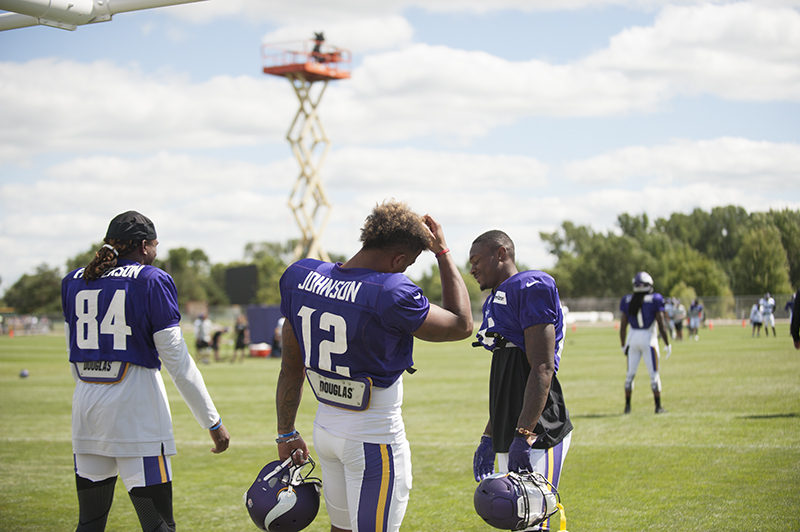 The crowd was significantly bigger, thanks to the improved weather and it being a Friday, for the afternoon session, as fans filled both sets of bleachers overlooking three perfectly groomed practice fields at Minnesota State University-Mankato.

Each defensive and offensive group split up and worked on drills.

After a while, the team finally got together as a whole and ran through plays, first team offense through first team defense.

The Vikings will break camp Tuesday and will head to Cincinnati to have a couple of practices with the Bengals before playing them Friday.

The Vikings will have their first home preseason game on Aug. 28 against San Diego. Their first regular season home game will be Sept. 18 against the Green Bay Packers on NBC.