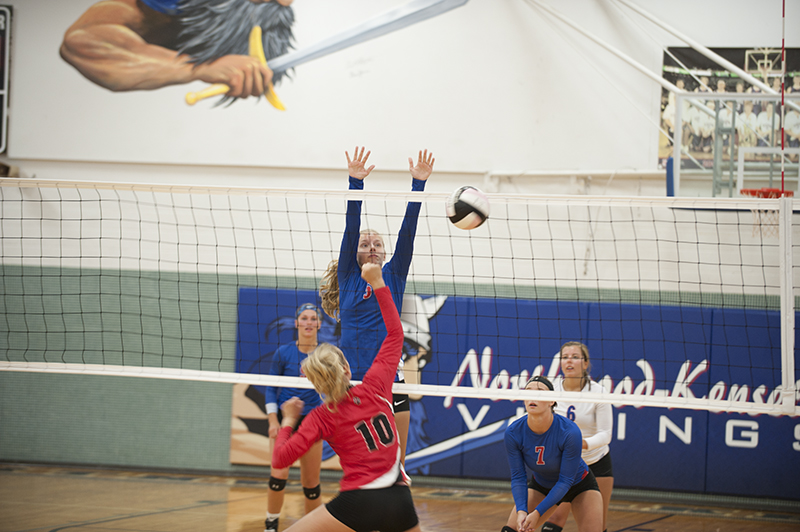 The Northwood-Kensett volleyball team opened its season in a big way against Riceville Tuesday night.

Though the Vikings got off to a slow start in the first set, they quickly rebounded to take control of said set and the rest of the match by sweeping the Wildcats, 3-0.

Riceville jumped out to a 3-0 lead in the opening moments, due to some first-game nerves, but the veteran-led Northwood-Kensett squad took command.

The Vikings slowly eased their way back to even at 6-6, and took their first lead on the next point.

The timeout didn’t do much immediately, as the Wildcats held the lead at 13-12 later on.

That would be the last lead the Wildcats would hold, though, as the Vikings tied it up and never looked back.

With the score tied at 14, the Vikings ended the first set on an 11-2 run, capped off by an emphatic set-winning spike by senior Terran Haberman. 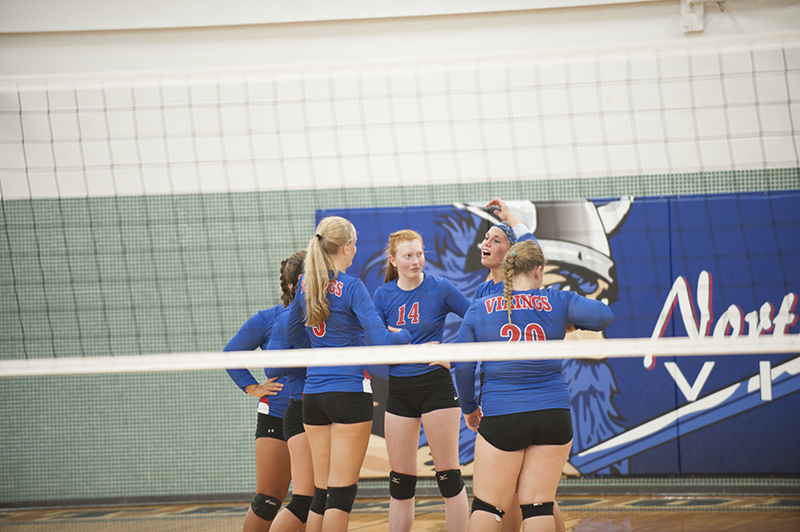 The Vikings huddled up before the second set of their match against the Wildcats. Northwood-Kensett defeated Riceville, 3-0, Tuesday night in Northwood.

The second set was a much different story, as the Vikings picked apart the Wildcats to win 25-10.

The Wildcats put up more of a fight in the third set, but the Vikings were just too much, winning 25-18.