Vikings’ Zimmer right at home in practices with Bengals

CINCINNATI — Mike Zimmer was home in the place where his NFL coaching career was resurrected.

The Minnesota Vikings head coach is known for his intense, no-nonsense approach on the field, but was smiling on Wednesday after a morning workout at Paul Brown Stadium. The Vikings and Cincinnati Bengals began two days of joint practices leading up to their preseason opener Friday night at Paul Brown Stadium. 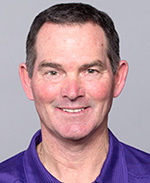 Zimmer was the Bengals’ defensive coordinator for six seasons under Marvin Lewis before the Vikings hired him as their coach in 2014. During those six seasons, Zimmer led the Cincinnati defense to top-10 league rankings four times, including No. 3 in his final season. The Bengals had produced just one top-10 ranking in the previous 18 seasons prior to Zimmer’s arrival.

“It brings back a lot of good memories,” Zimmer said. “We had a good run when I was here. There were a lot of great people in the administration. (Owner) Mike Brown was always really good to me, as was Marvin. There are a lot of the players here that I coached. It’ll be fun. It’ll be fun to come back and try to compete with them.”

Zimmer still owns property in northern Kentucky, across the Ohio River from Cincinnati. He planned to get together with members of Cincinnati’s coaching staff for barbeque on Wednesday night.

The relationship between Lewis and Zimmer began in the early 1980s when they were starting their coaching careers in the Big Sky Conference, Lewis at Idaho State and Zimmer at Weber State. Lewis’ first job in the NFL was with Pittsburgh in 1992. Zimmer joined Dallas’ staff in 1994. The Cowboys beat the Steelers in the Super Bowl following the 1995 season.

Zimmer was the Cowboys’ defensive coordinator from 2000-2006. He spent one year in Atlanta, a 2007 season most remembered for Bobby Petrino quitting as head coach with three games left to take the job at Arkansas. Lewis gladly welcomed Zimmer to his staff with the Bengals.

“We ended up being in the room for like six to eight hours and forgetting to eat dinner,” Lewis of their first meeting about the job. “Just filling up all of the (drawing) boards. It was fun.”

Zimmer isn’t the only member of the Vikings making a return. Right tackle Andre Smith was the Bengals’ top draft pick in 2009, and linebacker Emmanuel Lamur spent four seasons with Cincinnati after signing as an undrafted free agent. Both signed with Minnesota in the offseason as unrestricted free agents.

Tight end Kyle Rudolph is a Cincinnati native, while wide receiver Charles Johnson is from Erlanger, Kentucky, less than 10 miles from downtown Cincinnati.