‘We had an adventure we’ll never forget’ 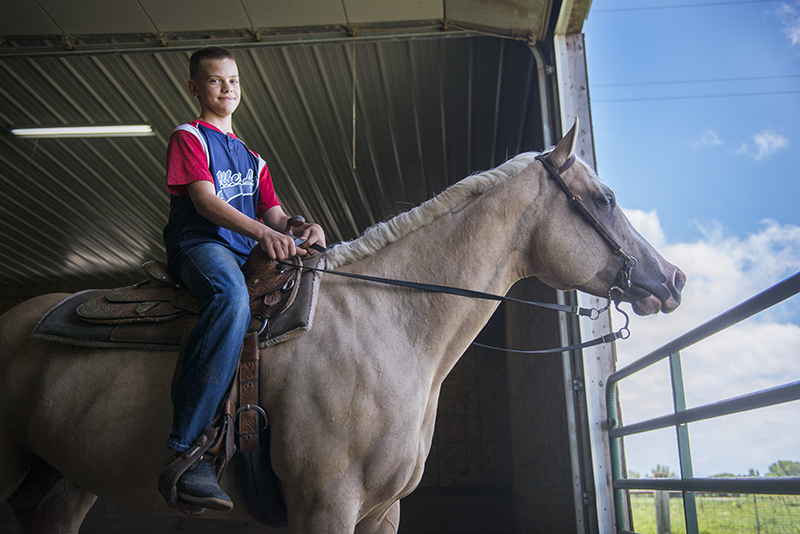 For one Albert Lea boy, horses have always been a part of his life.

Cole Janssen, 12, has been riding horses since he was 5, when his mother, Jodie Distad, first started teaching him. Distad has also been involved with horses her entire life and owns Broadway Farm in Albert Lea; while Janssen’s father, Scot, of Austin also grew up around horses.

For the last few years, Janssen has been riding Reese, a now 4-year-old palomino mare who was bred, born and raised at Broadway Farm. Reese’s registered name for shows is “Y Not Be Impulsive.” 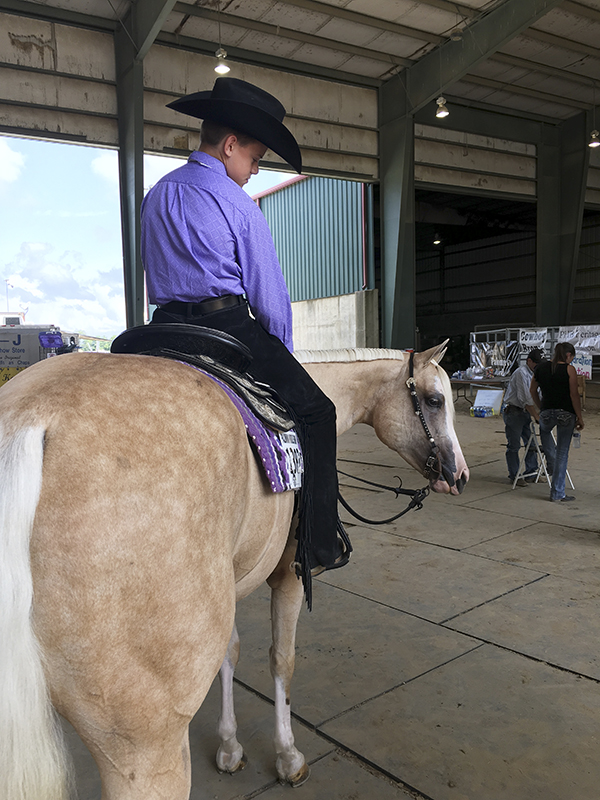 Janssen and Reese, whose registered name is “Y Not Be Impulsive,” take a moment to themselves in between competing at the Palomino Horse Breeders Association World Championship Show in July. – Provided

The duo has been competing together as Janssen and Distad have worked to train Reese, and placed in four different categories at a recent horse show.

Distad said they hadn’t originally planned on competing in the show, but changed their minds when a friend told her that Janssen was leading each of his four categories in the nation. The rankings are compiled after combining all scores from U.S. shows. She said the decision was a bit last-minute — deciding to attend the show on a Thursday when the show was set to take place on the following Monday — leaving her son only a few days to get ready for the show. 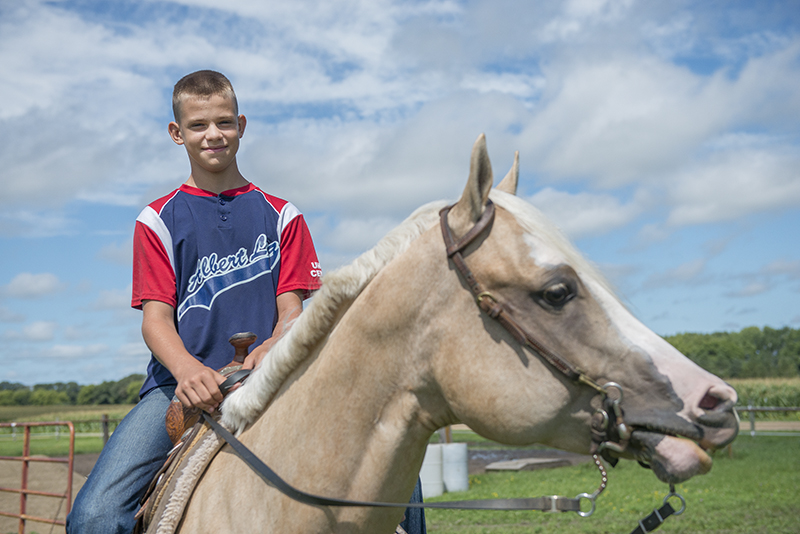 Janssen, 12, has been riding horses since he was 5, thanks to lessons from his mother, Jodie Distad. – Colleen Harrison/Albert Lea Tribune

Hoping for a potential top five or 10 finish, Distad was proud of her son and their horse for exceeding expectations.

“It was fun to get all those titles,” she said.

Janssen echoes his mother’s sentiments, especially after competing in the world show last year and not placing in any of his respective categories.

Distad said her son’s accomplishments are even greater, given the fact that Reese is younger than most horses competing. She said most younger riders compete with more seasoned and experienced horses.

“If ever there was a time for them to come together as a team, this was it,” she said. “They worked really well together.”

Janssen said his favorite aspect of the skills he shows at competitions is the ground work, which entails him standing on the ground instead of riding while directing his horse through patterns and other technical skills. He said showmanship is more focused on how people handle their horses and their posture, while halter categories are more focused on the horse’s performance.

Janssen competes year round, including through 4-H at county and state fairs. He will next look to compete at the Minnesota State Fair, as well as other palomino and championship shows, before starting seventh grade at Southwest Middle School this school year.

Distad said Reese will eventually be sold, as part of her business is selling horses she has bred and trained at her farm. Janssen plans to continue his riding and competing either way, but both mother and son won’t forget their summer with Reese any time soon.

“We had an adventure we’ll never forget,” Distad said.