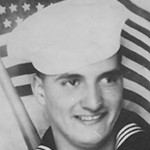 He was a Dartmouth College graduate. He served his country in the Pacific Theater during World War II as an aviation storekeeper first class USN aboard the aircraft Nassau. He spent 20 years in sales management in the chemical textile industry. He was co-owner of Bel Aire Motel in Albert Lea with wife, Edna, from 1969 to 1988. He was past commander of Veterans of Foreign Wars Leo Carrey Post in Albert Lea. Bill’s proudest accomplishment was providing for his family and raising his six successful children. His humor and support will be missed by his family and friends.

The memorial service will be at 11 a.m. Friday at All Saints Catholic Church, 19795 Holyoke Ave. in Lakeville. Bill’s ashes will be laid to rest at Fort Snelling Veterans 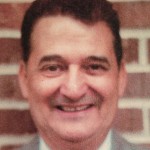 Administration Cemetery ,7601 34th Ave. S in Minneapolis, at 1 p.m. Aug. 19. The family asks those who knew him to keep Bill in their thoughts and prayers. He will be missed.