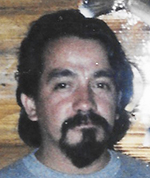 Joseph passed away on Wednesday, Sept. 14, 2016, at Thorne Crest Senior Living Community in Albert Lea. He was 66.

Joseph “Joe” Mary Abrego was born on Nov. 10, 1949, in Hayward to Manual and Mathilda (Garcia) Abrego. He was a lifetime resident of the Albert Lea area. On Nov. 18, 1967, Joe was united in marriage to Joyce (Slinde) in Bricelyn. To this union, three children were born. Joe and his family were members of St. Theodore Catholic Church.

Joe worked at Universal Cooperative and then later Streater, where he worked at a press. He retired from Streaters in 2014. He was a member of the steelworkers Union and the carpenters union; always being a “union man.” Aside from work, Joe enjoyed fishing, going to garage sales and cheering on his Minnesota Vikings and Twins. His family was most important to him, especially his grandchildren, whom his life centered around. He will be remembered as a hardworking man with a big heart who enjoyed keeping life fun by playing jokes on everyone. He will be deeply missed.

He is preceded in death by his parents Manual and Mathilda; mother and father in-law Orlyn and Irene Slinde; son in-law, John Brabec; siblings Manual “Lupe” Abrego, Sarah Berara and a brother in infancy, Martin.

At the family’s request, please feel free to come dressed in your best Vikings apparel.