A.L. man is first to DJ a wedding at new stadium 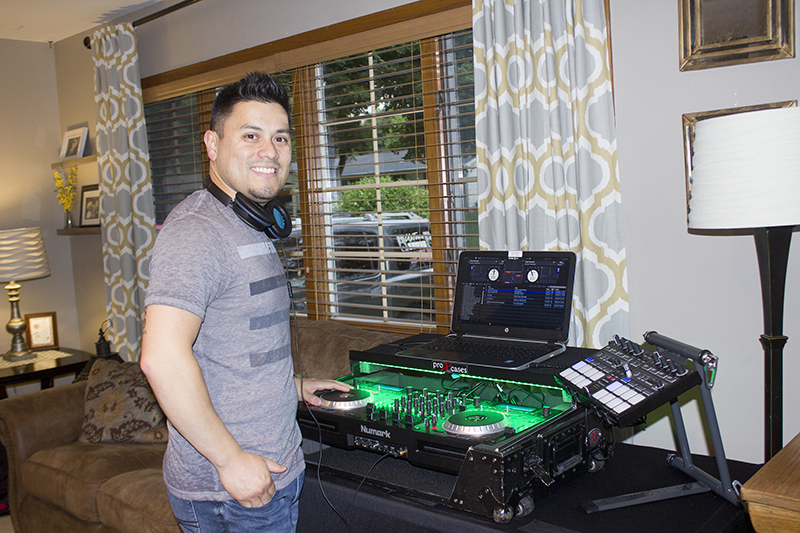 Jacob Abrego has DJ'd at more than 1,700 weddings — including the first one at U.S. Bank Stadium. — Sam Wilmes/Albert Lea Tribune

An Albert Lea man earlier this month became the first person to DJ a wedding at U.S. Bank Stadium in Minneapolis.

The wedding — originally scheduled at Club Purple, which overlooks the field — was later moved to the field.

The wedding party — including the priest — wore Minnesota Vikings and football attire, Abrego said, noting the bride and her uncle entered to heavy metal music used at Vikings games.

Following the wedding, the party moved to Club Purple, where Abrego played jazz and entertained the crowd. 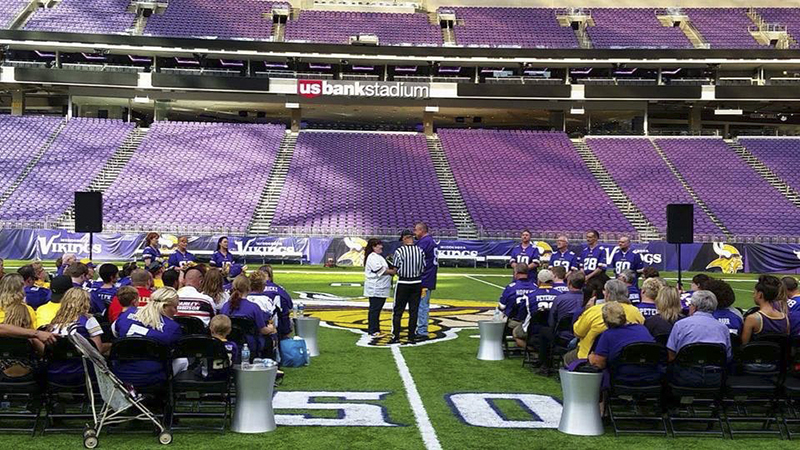 Albert Lean Jacob Abrego was the DJ for this wedding at U.S. Bank Stadium Sept. 3. Provided

Abrego, a 2003 Albert Lea High School graduate, was selected as the wedding DJ after the bride and groom, Shane and Nikki Anderson, remembered him from a New Year’s Eve performance a few years ago.

“For them to say they remember a performance I did three years ago, that’s a big deal,” Abrego said.

Abrego, who normally goes by D.J. Abrego, has performed in Albert Lea at places such as Country Inn & Suites, Wedgewood Cove Golf Club, Heritage Hotel, Southwest Middle School and Albert Lea Elks Club, and has expanded his audience this year to Mankato, Marshall, Faribault and the Twin Cities.

Abrego DJs city and private events, and said he has DJed 1,733 weddings over his 16 to 17 years in the industry. Originally a one-man operation, Abrego has received help from his brother and some friends over the years.

He thanked his parents for their help in his becoming a DJ.

“They were the ones who gave me the opportunity at the age of 14,” Abrego said.

Abrego said he was inspired by a Wisconsin-based DJ who performed for his wedding.

“He rocked my wedding, and I was like, that’s what I want to be like,” he said.