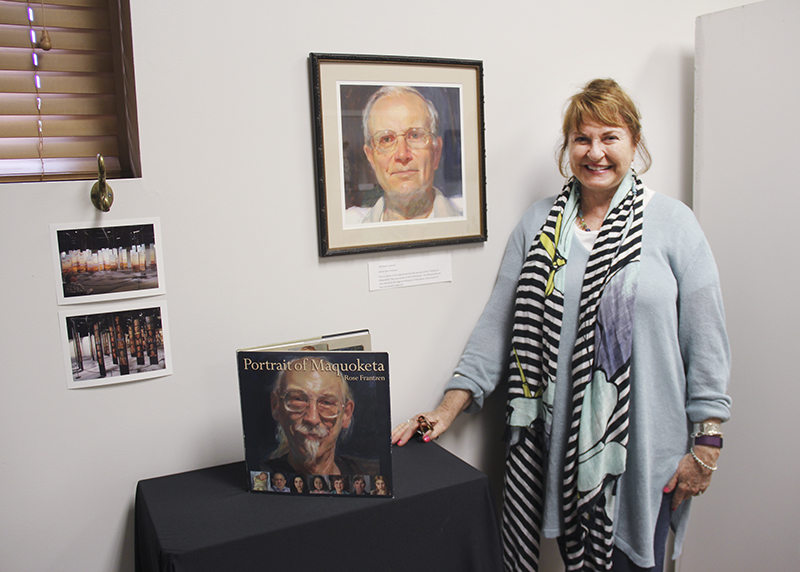 The Albert Lea Art Center will host its largest fundraiser of the year on Friday with an internationally-known artist slated to be in attendance.

A Night with Wine and Rose, the seventh annual Celebrating the Arts and Artists, will begin at 5:30 p.m. at Wedgewood Cove Golf Club with a silent auction and a wine tasting sponsored by Three Oaks Winery. There will also be a live auction at 6:30 p.m., as well as hors d’oeuvres throughout the evening.

Marty Shepard, one of the organizers, said a highlight of the evening will be a visit from artist Rose Frantzen of Maquoketa, Iowa. Frantzen, who has gained national and international acclaim for her oil paintings, will paint a portrait during the evening valued at $3,000 for the winner of a raffle drawing hosted by the Art Center.

Shepard said about 100 raffle tickets had been sold as of Tuesday, and the winner was expected to be drawn a week before the event. 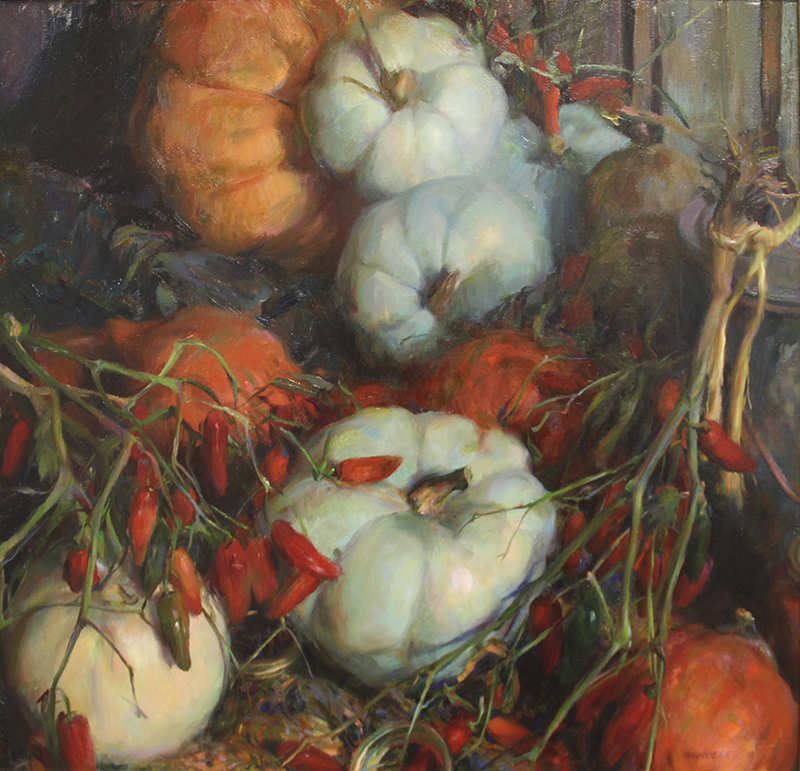 Rose Frantzen is most known for her portraits, but she also paints landscapes and other items. Sarah Stultz/Albert Lea Tribune

Frantzen is expected to begin painting at least an hour before the start of the event, Shepard said, and will be completed with the portrait by the end of the night. She uses a method called alla prima, also known as a wet-on-wet painting technique, in which layers of wet paint are applied to previously painted layers of wet paint.

Frantzen’s portraits have gained attention after she completed a yearlong project titled “Portrait of Maquoketa,” in which she invited anyone in her hometown to sit and be painted. All 180 portraits were shown at the Smithsonian’s National Portrait Gallery in Washington, D.C., in 2005 and 2006. In 2012 and 2013, she completed her vision for “Portrait of Maquoketa,” by painting a 315-square-foot landscape view of the small Iowa community on 34 vertical panels with the portraits on the other side.

Cliff Rask, who lives in Albert Lea with his wife, Carol, was featured in one of the Maquoketa portraits and actually delivered Frantzen as a baby. The couple had lived in Maquoketa before moving to Albert Lea 11 years ago.

A print of his portrait will be on display.

Shepard said the Art Center found out about Frantzen’s work after the Rasks responded to a call for artwork put out by the art organization. She and Art Center member Tom Mullen visited the Rasks’ home and were interested in their collection of her work.

Shepard encouraged people who are interested in art to attend the event.

“If they come, they’ll have the experience of their life, seeing her actually paint,” she said.

Frantzen will be accompanied by her husband, who is also an artist.

Frantzen’s work has been shown at the Smithsonian’s National Portrait Gallery, the Butler Institute of American Art, the Cedar Rapids Museum of Art and the Denver Historical Museum, to name a few. Her work is in the permanent collections of the Figge Art Museum and the Dubuque Museum of Art. Her paintings have been featured in numerous national and international art magazines and journals.

The evening is organized in memory of Claire Vermedahl, who has been a large proponent of the Art Center over the years with his wife, Ruth.

Proceeds from the event go to support operations of the organization.

What: A Night with Wine and Rose