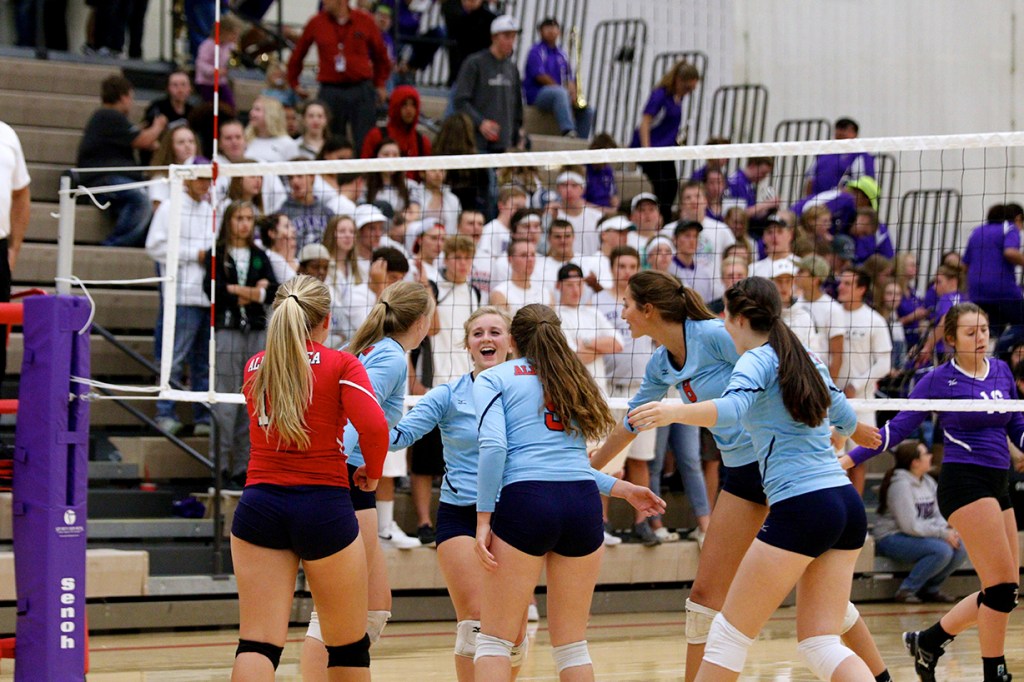 The Albert Lea volleyball team celebrates a point in a match earlier this week. The Tigers defeated Red Wings Tuesday, but lost to Winona Thursday. Provided

Days after earning its second Big Nine Conference victory, the Albert Lea volleyball team headed back on the road, traveling to Winona to face the Winhawks Thursday evening.

The Winhawks came into the match in third place in the conference, while the Tigers were looking to pull into a tie for ninth place with Mankato East.

However, the match didn’t last as long as the Tigers would have liked, as the Winhawks swept them in three sets.

“The girls had some really good moments,” said Tigers coach Cathy Baumann. “They mixed up the offense quite a bit, but our defense struggled and didn’t allow our offense to do their job consistently.”

Camryn Keyeski led the Tigers with 10 digs and seven kills.

The Tigers will return home for two matches next week, with the first coming against Faribault Tuesday.