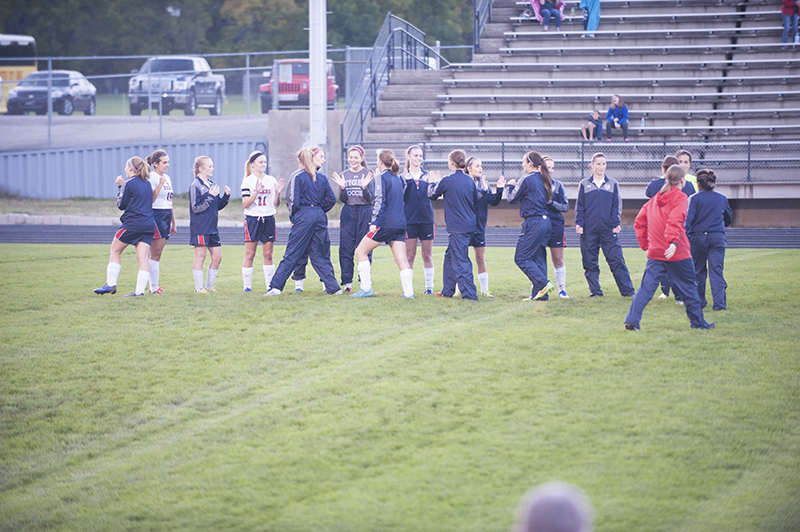 The Albert Lea girls’ soccer team gives each other high-fives before Thursday’s game against Winona. The Tigers earned their sixth victory of the season. Jarrod Peterson/Albert Lea Tribune

It has been quite the week for Rachel Rehnelt and the Albert Lea girls’ soccer team.

In their two games  earlier this week, the Tigers scored nine goals, six coming from Rehnelt.

It was a slow start for the Tigers, but Rehnelt got things going midway through the first half with a goal, one of three she would score on the night.

Rehnelt would then score on a penalty kick, and the Tigers would win going away, 7-2.

Freshman Ashley Butt scored her first career varsity goal in the first half off an assist by Maddie Schneider. 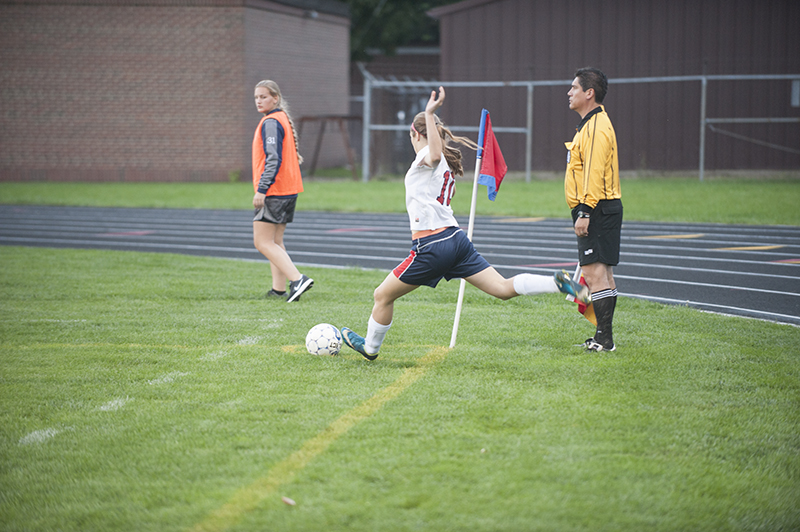 “It was a slow start for us,” said Tigers coach Laura Wangen. “But when we took off, we really took off. We were able to make adjustments and players were stepping up at whatever position they were asked to play.”

The Tigers are now 3-3 in the Big Nine Conference and 6-3 overall.

Rehnelt has scored nine goals in her last three matches and has accumulated three hat tricks during that span.

Albert Lea will play at Rochester Mayo Saturday in a makeup game from Sept. 15.

Start time is scheduled for 1 p.m.