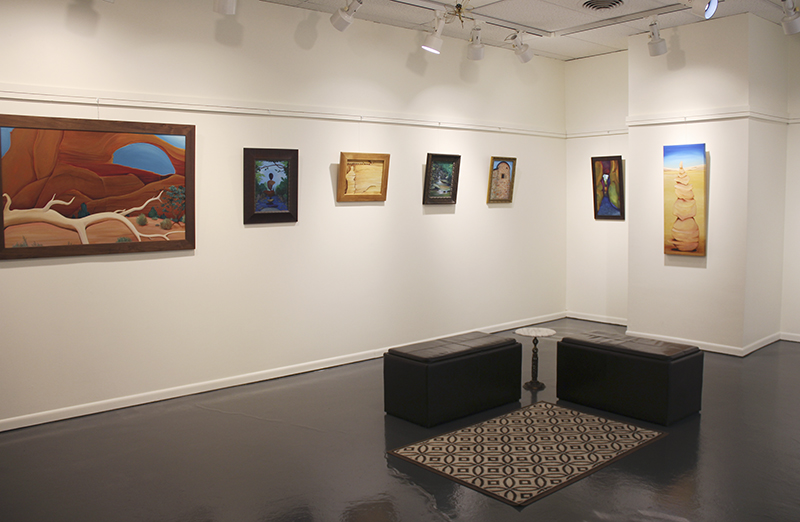 "This Show Rocks," an exhibit featuring the work of artist Susanne Crane, begins Tuesday at the Freeborn County Arts Initiative. An artist reception will be on Saturday. — Sarah Stultz/Albert Lea Tribune

One painter’s exploration of nature’s foundational building blocks will be on display in a new exhibit that starts this week at the Freeborn County Arts Initiative.

The exhibit, titled “This Show Rocks,” features the work of Albert Lea artist Susanne Crane and features everything from rock gardens and cairns, to stone jewelry and references to ancient wonders from national parks. 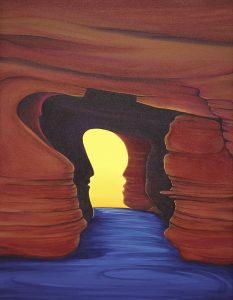 “All is Calm” by Susanne Crane

Crane, who has painted for more than 30 years, said she has been interested in rocks since she was a child and was fascinated to learn the names of the stones she held.

“Later, I worked with semi-precious stones in jewelry settings and later still, with bricks and mortar, tile and mosaic,” Crane said. “I also like to hike and climb and feel a very close bond with the bluffs and coulees of my childhood.”

She said human civilization was built of stone, whether through ancient wonders, the castles of Europe or the bridges that connect people. But, she said, she believes rocks are most awe-inspiring when they are found in their natural landscape.

Crane will showcase about 26 pieces in the show, most of which were painted in the last 1 1/2 years.

Crane’s painting are vast and dream-like and take viewers on a journey to distant places.

The work will be on display from Tuesday through Oct. 29. The artist’s reception will be from 5 to 7 p.m. Saturday. 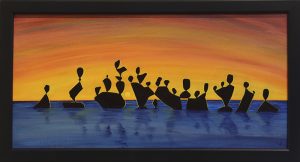 “Beyond probability” by Susanne Crane

The Freeborn County Arts Initiative is open from 1 to 7 p.m. Tuesdays and Thursdays and from 1 to 4 p.m. Fridays and Saturdays. The building is open on Wednesdays by appointment only.

In addition to “This Show Rocks,” Crane is working on a piece for a “Waterworks” Smithsonian-sponsored exhibition in Lanesboro and is getting ready for a solo exhibition at the MacNider Art Museum in Mason City.

She has shown extensively in the Midwest and also leads art enrichment programs in Minneapolis and Albert Lea.