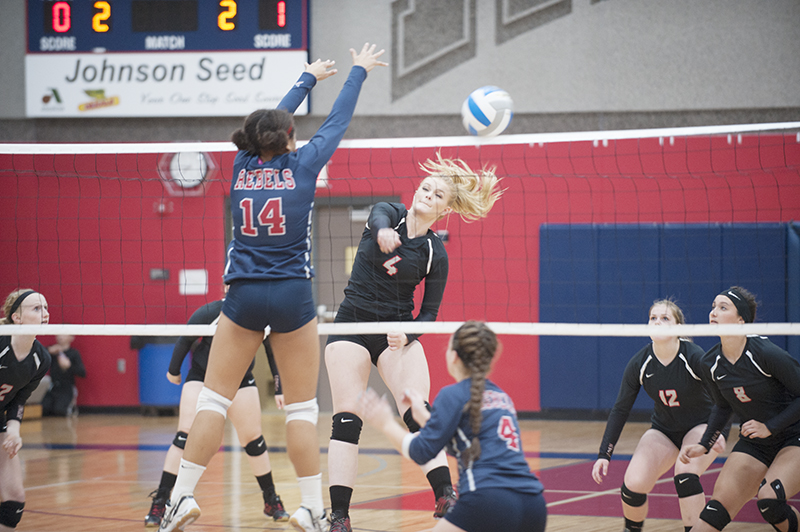 However, Homecoming Week didn’t get off to a good start for the Rebels. The Knights jumped all over the Rebels in the opening set, and then cruised to a 3-0 victory.

The Knights had three players reach double-figures in digs, as they did a good job of keeping the play alive. Erickson had 14 digs, Bute compiled 12 and Kelsey Newman notched 10.

The Knights finished with an attack percentage of .278. 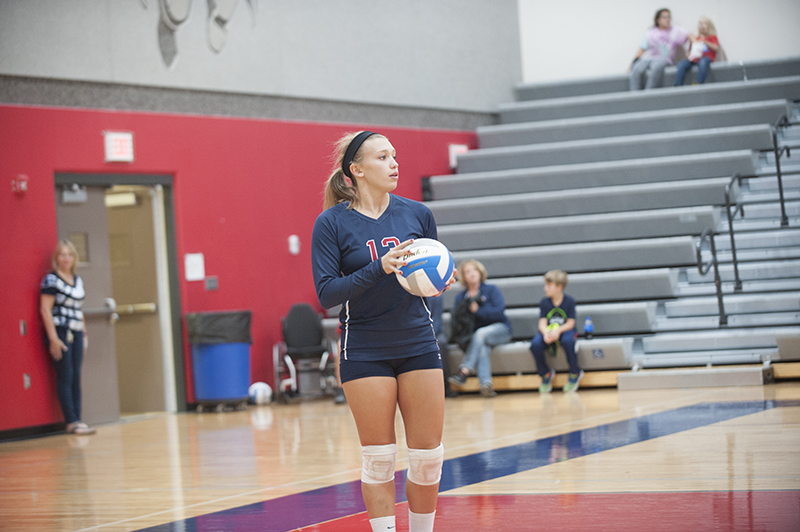 United South Central senior outside hitter Tyra Johnson gets ready to serve the ball in the first set of the match between USC and Alden-Conger.

For the Rebels, Shianne Robertson led the way with seven kills and Peyton Rollenhagen added five of her own.

Kendal Wacholz led with eight assists and Morgan Pyzick had five digs to lead the Rebels, respectively. Tyra Johnson, Wacholz and Robertson all had four digs.

Up next for United South Central is Bethlehem Academy, which it will host Thursday night.

Start time for both matches is scheduled for 7:30 p.m.