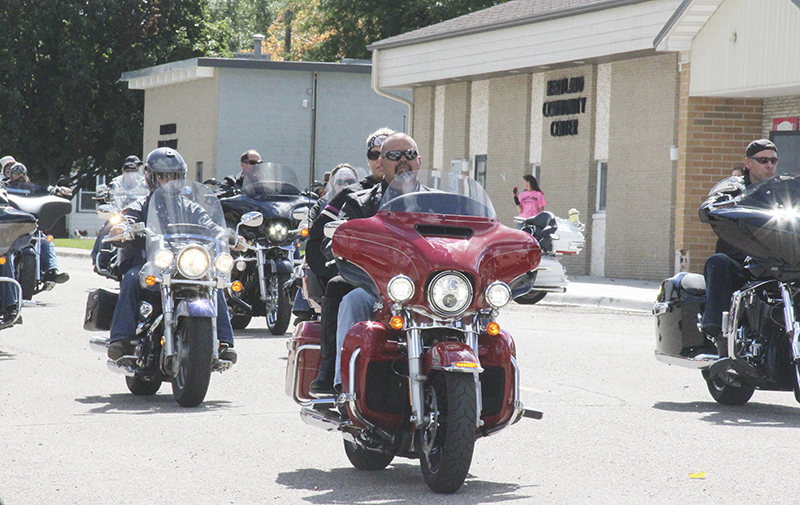 Motorcyclists drive through Hartland Saturday as part of the fifth Jacob's Run. The event raises money for suicide prevention in memory of Jacob Sikel, a 15-year-old from Claremont who died in 2012. Sarah Stultz/Albert Lea Tribune

HARTLAND — Almost 300 riders from around the area gathered Saturday to raise awareness about suicide prevention.

As part of Jacob’s Run, named in memory of 15-year-old Jacob Sikel of Claremont, who died in 2012 to suicide, the riders started in Owatonna, and then traveled to Elysian, Hartland, Myrtle, Blooming Prairie and then back to Owatonna — for a total of 160 miles.

Organizers hoped to raise enough money for 10 $500 scholarships to give out to area students.

Jacob Sikel’s father, Robert Sikel, said the ride started the same year as his son’s death, initially as a way to help him cover repairs to his motorcycle, which he crashed when he found out about the death.

“I said, ‘I don’t want this to happen again,’” Robert Sikel said.

He and others traveled to Colorado to get training under the Open Arms Yellow Ribbon Suicide Prevention Program for presenting about suicide prevention in schools.

Since then, they have made presentations about suicide prevention at several area schools, including NRHEG and Owatonna, among others. The scholarships are offered to students at the schools where they present.

“We did everything together,” he said. “He was my best friend.” 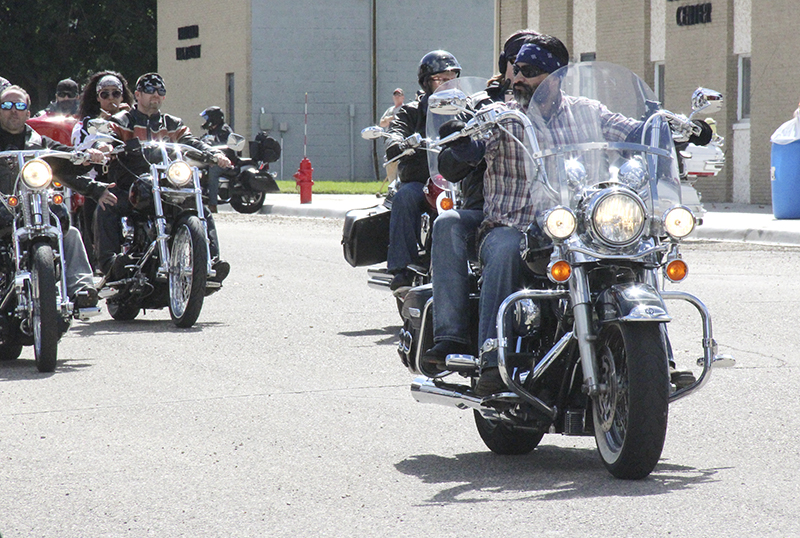 Shawna Westphal, who came out to the ride with her wife, Maria, said she came out to support Jacob Sikel’s family.

She said she used to work with Robert Sikel at Viracon, and one year he came with his son to help re-roof her house. Within that same year, Jacob Sikel had died, and her cousin and another friend had also committed suicide.

She said she started coming to the motorcycle ride to show support and to raise awareness that people should not be afraid to ask for help.

Rita and Dave Braaten of Owatonna, Jacob Sikel’s grandparents, some of the organizers of the event, said their main goal is to get the word out about suicide.

“We never want to see another family go through what we endured,” Rita Braaten said.

This is the fifth run in four years.

Dave Braaten said he has been riding a motorcycle since 1972. He hopes to recruit more younger people to participate.

This year’s run was dedicated in part to Kim Fisher of Owatonna, one of the former organizers of the ride, who died in April.

The grandparents said they have received comments from many people who thank them for getting the message out.