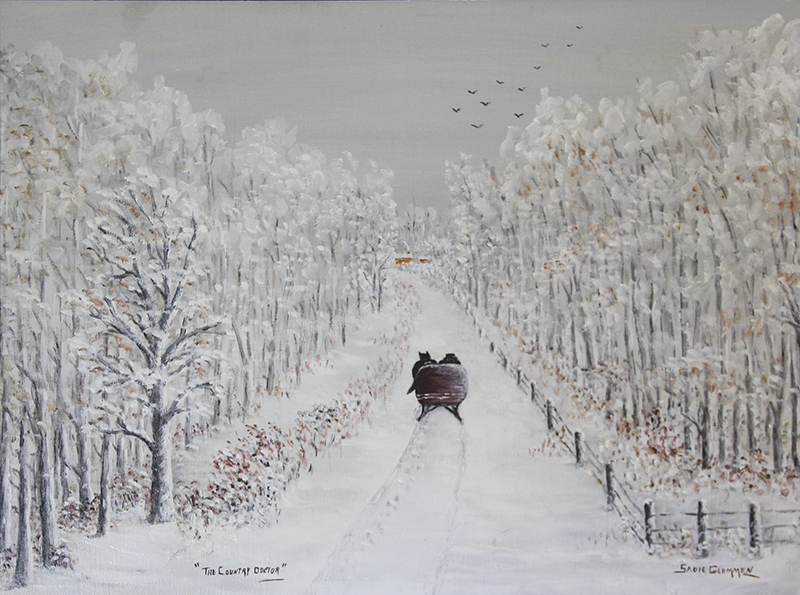 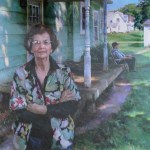 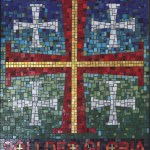 This piece, by David J. Hetland, was given to the Rasks for the Soli Deo Gloria Award, which reflects a generous commitment to the mission of Concordia College. Sarah Stultz/Albert Lea Tribune 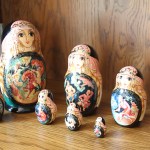 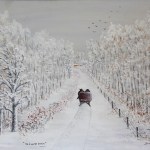 The Albert Lea Art Center’s newest exhibit showcases a collection of artwork from one local couple.

The art, owned by Cliff and Carol Rask, includes a variety of artists over several different mediums —  everything from paintings to sculptures and mosaics.

The Rasks, who moved to Albert Lea 11 years ago from Maquoketa, Iowa, to be with their grandchildren, said they agreed to showcase their art after hearing about a call for art from the Art Center.

They said the first piece they owned was from the 1960s and is titled “The Country Doctor” by artist Sadie Glommen.

They also own four original pieces and one print by Maquoketa-native Rose Frantzen, who they said Cliff Rask delivered as a baby.

Rask said he worked as a family practice doctor in the small Iowa city, but got the surprise one day that he would deliver a baby.

Now, years later, that baby has grown into a successful artist whose work has been on display across Iowa and even at the Smithsonian’s National Portrait Gallery.

Cliff Rask said Frantzen painted his portrait as part of a collection of 180 portraits called “Portrait of Maquoketa” that was made possible through a small grant from the Iowa Arts Council. The project is now property of the Figge Art Museum in Davenport, Iowa.

A print of Rask’s portrait is one of the paintings that will be on display at the Art Center.

The couple said they like to support people from their small town who are successful in their life’s work.

Some of the other art pieces that will be on display they have received as gifts, such as as the Soli Deo Gloria Award for their commitment to Concordia College.

This piece depicts a series of crosses made out of tile, each with specific religions representation.

Another piece, a sculpture of a great white heron, was created to kick off the World Wildlife Fund to the governor of Iowa and was a presidential gift of state to the People’s Republic of China. It is also in the collection of the American Consulate in Montreal.

The Rasks estimated about 20 pieces of mostly original art would be on display during the Albert Lea Art Center exhibit. There will be a description for viewers to read that explains the background and artist behind each piece.

An open house with the Rasks will be from 1 to 3 p.m. Sunday. The exhibit continues through Oct. 15.

When: open house 1 to 3 p.m. Sunday, exhibit continues through Oct. 15