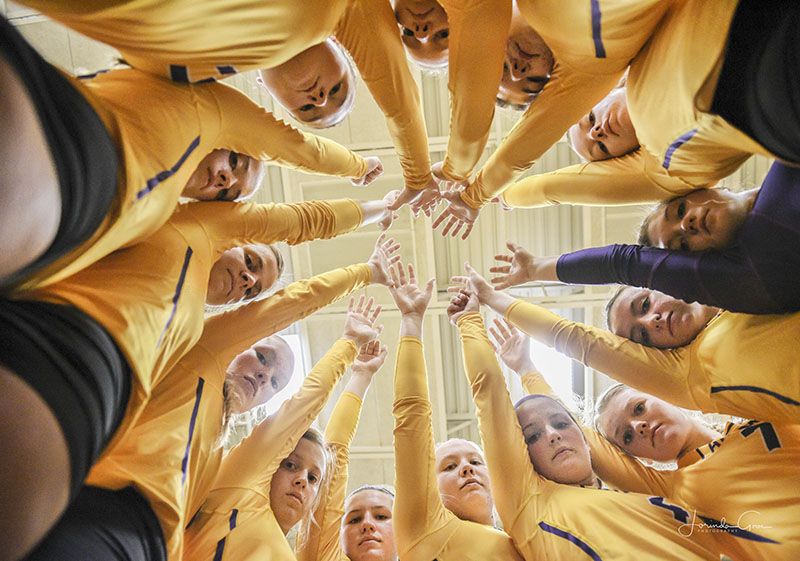 Members of the Lake Mills volleyball team put their hands in before a match during a tournament at Central Springs. The Bulldogs won all five of their matches and are a perfect 34-0 in sets this season.

Even on an off-day, the Lake Mills volleyball team still bullied the competition.

The Bulldogs took part in the Central Springs tournament Saturday, and continued their dominance by winning all five of their matches and staying perfect by winning each set.

“It wasn’t the kind of day we had hoped for,” said Bulldogs coach Jim Boehmer. “I know that can happen, but you never accept it. We still found a way to win. I hope we get better. We were able to survive, though.

The toughest match for Lake Mills came against the host — Central Springs. But the Bulldogs won both sets — 22-20 and 21-16 — and also beat Clarksville, Newman Catholic, Northwood-Kensett and Rockford on the day. 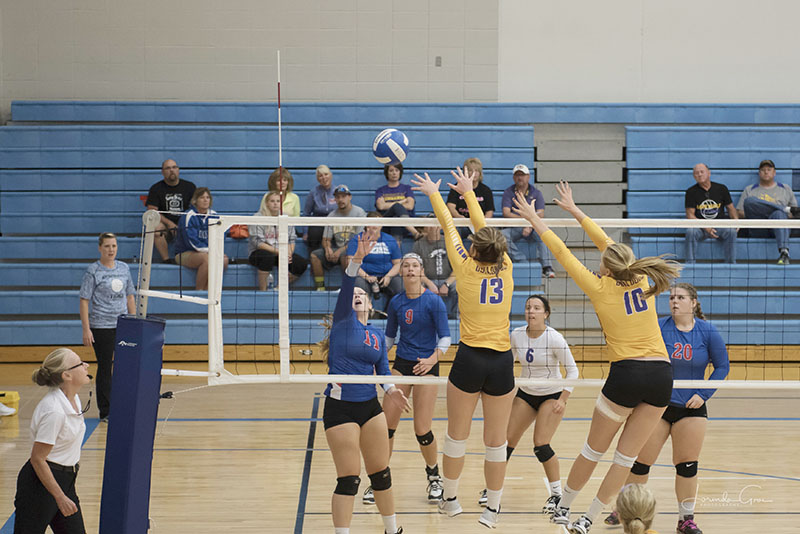 In five matches, Robyn Bowman handed out an astounding 96 assists. She was also a perfect 40-40 on serves.

Dana Baumann had 17 digs, while Bowman and Borgmeyer each had 14.

It will host Garner-Hayfield-Ventura Tuesday.

The Bulldogs are looking for their 93rd straight conference victory.