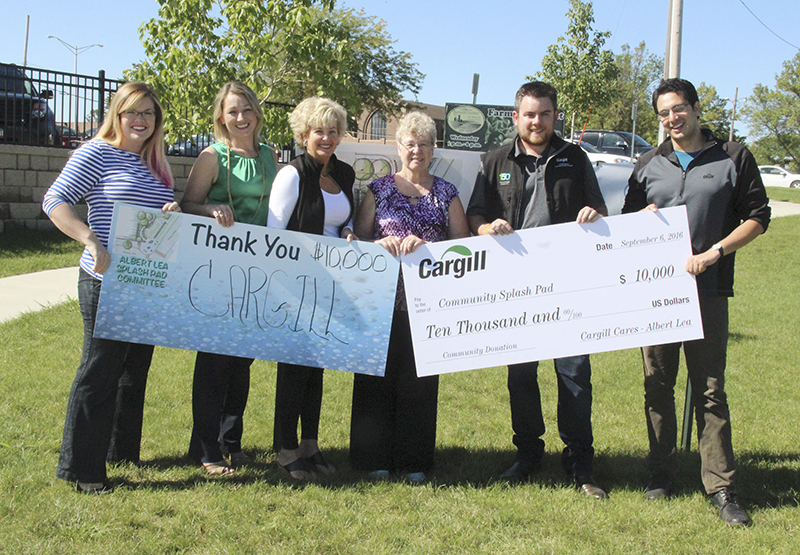 Representatives from Cargill present a check Thursday for $10,000 for the Albert Lea splash pad. From left are April Jeppson, Crystal Miller and Susie Petersen with the splash pad committee and Gloria Dirksen, Greg White and Eric Kassim with Cargill. -Sarah Stultz/Albert Lea Tribune

The Cargill Cares Council in Albert Lea this week donated $10,000 to the community splash pad.

The council selects a large community project every year. In previous years, it has supported creation of the local dog park, as well as donated benches and trees to a local park, according to a press release.

As one of the largest employers in the area, Cargill employs more than 250 people at its Albert Lea facility, producing processed meat products to Cargill customers across the U.S. and around the world.

The facility was established in 1968 and includes 150,000 square feet of production and distribution facilities. Cargill employees contribute their time and financial resources to the community, through efforts that have benefitted organizations such as the Channel One Regional Food Bank, Salvation Army, United Way and Albert Lea Area Schools.

In the past year, Cargill’s Albert Lea facility has contributed more than $190,000 in monetary and in-kind donations.