The Freeborn County Board of Commissioners will consider a preliminary levy increase Tuesday. 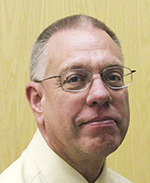 The levy would increase taxes about $8 on a $100,000 residential homestead property. Taxes would increase about $30 on commercial property valued at $200,000 and decrease about 82 cents on an average acre of tillable ag land due to a decrease in ag land value.

Kluever said the levy could be lowered as the board gathers more budget information before the final budget and levy are set Dec. 20.

Kluever said the preliminary levy increase is due to a lack of state funding, especially for the Freeborn County Department of Human Services and general government operations.

Kluever said he is pleased with the possible preliminary levy amount.

“I’m also pleased that I believe that come December the possibility certainly exists that commissioners can come off of that 2.5 percent to a lower levy increase for the final levy,” he said.

A public hearing is scheduled for Dec. 1.

How much would a 2.5 percent levy increase affect your taxes?