The Freeborn County Board of Commissioners approved a 2.5 percent preliminary budget levy increase Tuesday for 2017. 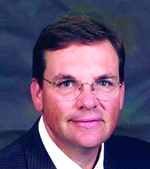 The levy would increase taxes about $8 on a $100,000 residential homestead property. Taxes would increase about $30 on commercial property valued at $200,000 and decrease about 82 cents on an average acre of tillable ag land due to a decrease in ag land value.

Belshan said Freeborn County is already generating revenue from recently-implemented funding mechanisms, such as through the sales tax and wheelage tax.

Shoff said Freeborn County does not have money from the sales tax implemented in August 2015 yet. He said despite the funding mechanisms, Freeborn County still has a $4.5 million deficit in road funding. 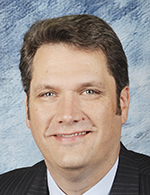 “It’s not necessarily extra money, or something like that, we’re trying to catch up on those road systems,” he said.

“Seniors on fixed incomes, they’re hurting,” he said. “There are a lot of low-income people in this community.”

Lee said he hoped the 2.5 percent preliminary levy increase does not become final.

“I hope we will bring it down in December,” he said.

Freeborn County Administrator John Kluever said last week the preliminary levy increase was due to a lack of state funding, especially for the Freeborn County Department of Human Services and general government operations.

The 2017 general fund budget, which is balanced, also passed on a 4-1 vote, with Belshan voting no.

A public hearing is scheduled for Dec. 1.