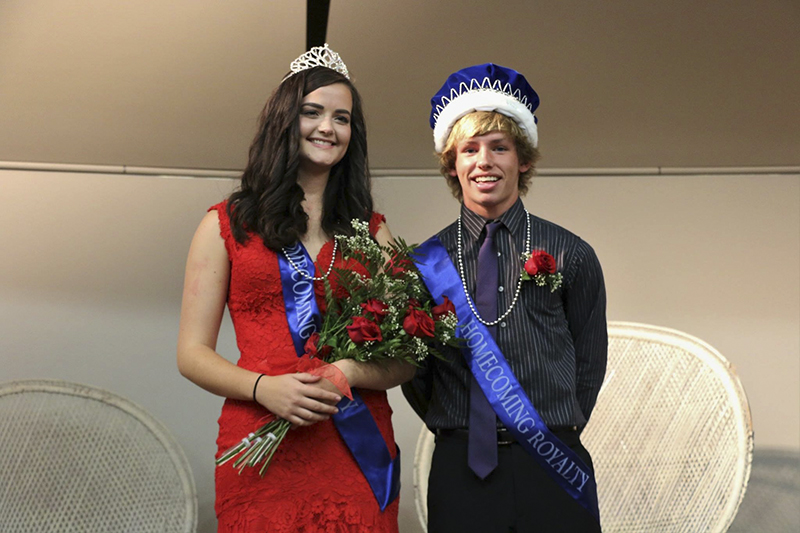 Glenville-Emmons High School has been celebrating all week.

“The week thus far has been very fun,” said Elise Volz, Glenville-Emmons science teacher and student council adviser. “The students have had great participation in the dress-up days and various tournaments. One of the highlights was when the eighth-graders beat the juniors in the dodgeball tournament.”

According to Volz, the students have had Hawaiian Day, Twinsie Tuesday and Fake an Injury Day. Today is Opposite Day and tomorrow will be Spirit Day.

Homecoming activities will wrap up Friday. An ironman volleyball tournament, powder puff football tournament and a pepfest are scheduled. Glenville will also host the Homecoming parade at 4:30 p.m. The parade will feature floats from each class, various local fire departments, the local color guard, Glenville-Emmons and Alden-Conger volleyball players and the Alden-Conger and Glenville-Emmons football teams. 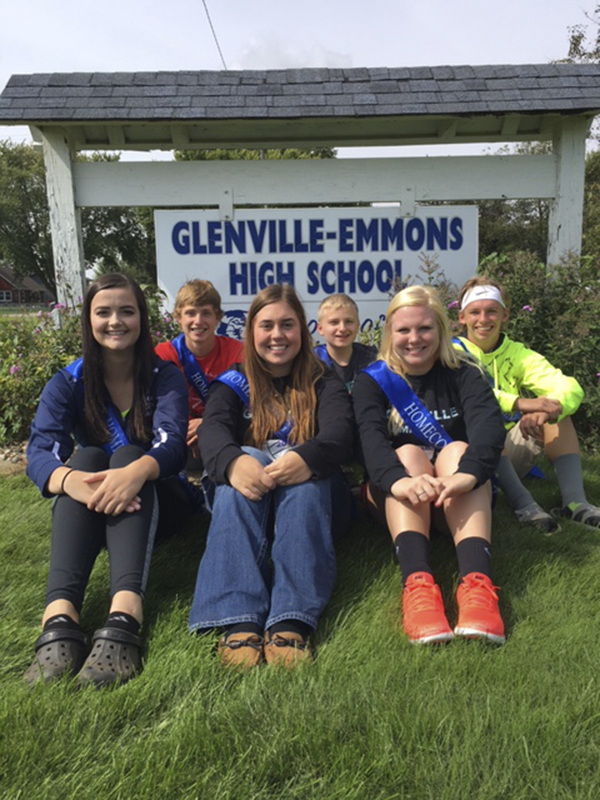 According to Volz, the post prom group and junior class will have various concessions during the game to raise money for prom and post prom. At halftime the homecoming court for both Glenville-Emmons and Alden-Conger will be introduced. Following the football game Glenville students are invited to come to the bonfire and play games for the remainder of the evening. The games will be moved indoors in case of inclement weather.

The parade was originally scheduled for Monday, however there was a scheduling conflict with junior high and junior varsity football games.

Dahlum is the son of Dean and Lynae Dahlum. His hobbies include hunting, fishing and playing a wide range of sports. He said he also likes to watch Netflix and chill. Dahlum participates in football, basketball, baseball and Future Farmers of America at Glenville-Emmons.

Dahlum’s future plans are to go to college. His favorite quote is from Michael Jordan, “There is no I in team, but there is in win.” He said his greatest accomplishment is passing chemistry and his most memorable moment at GEHS is beating West Lutheran his junior year.

Ellingson is the daughter of Shawn Ellingson and Sheryl Ellingson. She participates in volleyball and Future Farmers of America. Ellingson’s future plans are to go to college. Her favorite quote is from Walt Disney, “Happiness is a state of mind. It’s just according to the way you look at things.” She said her greatest accomplishment is surviving chemistry.