Guest Column: How do taxes rise without raising taxes?

As detailed in the “City of Albert Lea Master Plan Proposed Implementation Schedule” dated June 8, 2015, you will see that this year there will be a $2 million Albert Lea Public Works (City Garage) Phase I project, in 2017 an $8.7 million fire station and a $2.2 million airport building and in 2018 a $38 million community center. Let’s discuss the Albert Lea Public Works (City Garage) facility project Phase I. (Essentially a $2 million office, break room and bathroom update.) 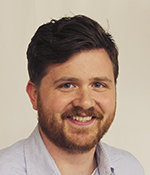 “The project, titled Phase I in a planned, two phase project, is expected to cost approximately $2 million. The funds are planned to come from the city’s general fund budget reserve, the water fund and sewer fund. Taxes wouldn’t be raised, according to Adams.”

Adams said the increase is needed for the city to make debt payments on infrastructure improvements that took place in 2015 and previous years.”

“The Albert Lea City Council approved a preliminary budget and a 3.31 percent increase in the preliminary property tax levy”

If you note page 27 of the city’s Audited Financial Statements, you will see that the city increased water rates and sewer rates for 2015 and 2016.

Normally when a government wants to construct a new building, it takes out a 10 to 15 year bond (loan) to pay for the facility. Taxes go up to pay for the bond, and when it is paid off taxes would in theory go back down.

If that is your definition of “raising taxes,” then technically when the city is spending money and replenishing it without purchasing a bond the city can say that “taxes won’t be raised” and you’d be telling the truth. What about rate hikes associated with an expenditure though? If you omit them from the conversation and no one asks about them, what happens? How does the city replenish the amount that was spent?

When Mr. Adams was questioned about where the funds came from to pay for the City Garage Phase I, he seemed to imply that the city was in fact spending “surplus money” from the general fund and the water and sewer funds. Then when he was asked why there were tax increases to the general tax levy in 2015 along with sewer and water rate hikes in 2015 and 2016, he seemed to say that they needed to “replenish depleted emergency funds.” It really appears that the definitions of “surplus” and “emergency funds” might have the same definition in this instance. If there was in fact a surplus, why would we need to raise taxes or rates at all?

So if you call the money you’re spending “surplus,” and when it comes time to recoup your costs you say you “need to replenish depleted emergency funds” or if you transfer money from, for example,the sewer fund to pay for a water department expenditure, the city could raise rates and tell the public that “water rates won’t be raised” and technically be telling the truth.

Money the city spends comes from the citizens one way or another, so saying otherwise is just deceiving the people footing the bill.

There are two City Council candidates I know of who understand what is happening in our city and have proven that they are willing to speak up and shed some light on some of the dealings happening within the City Council. Two people who attend most City Council and pre-agenda meetings, and care how decisions made at these meetings affect their friends and family. Two people who have been called to seek the position out of general concern for the city and the people in it. When you’re at the poll booth this Nov. 8, I ask you to consider Mr. Craig Havener for 1st Ward and Mr. Roger Swanson for 3rd Ward.