Larry H. Anderson, 69, of Rochester died Saturday, Sept. 24, 2016, at his residence in Rochester, after a courageous battle with esophageal cancer. 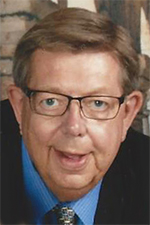 Larry was born Nov. 17, 1946, in Albert Lea, to Leonard and Ruby (Nelson) Anderson. He graduated from Thief River Falls High School in 1965. Larry served in the U.S. Army in Vietnam from 1965 to 1967 and attended Austin Junior College. He married Linda Hanson on Oct. 2, 1971, in Clarks Grove. He was a salesman for Hormel for 16 years, living in Indianapolis, Indiana; Traverse City, Michigan;, and Grand Rapids, Michigan. He and Linda moved to Rochester in 1988 to open their first Subway restaurant. He enjoyed spending time with his wife, children and grandchildren, traveling to the Caribbean and relaxing at the family cabin.

In lieu of flowers, memorials are suggested to Mayo Clinic Cancer Center.

To share a special memory or condolence, visit www.ranfranzandvinefh.com.