District 22A Rep. Joe Schomacker, R-Luverne, and District 27A Rep. Peggy Bennett, R-Albert Lea, made the comments while on a tour of the new St. John’s on Fountain Lake campus. 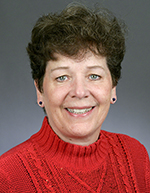 “It’s incredible to see this,” Schomacker said. “I first talked to these guys six years ago, and it was just a dream. The way the industry is going overall, and the care and what we need for our seniors, and what they want and expect is just not there on the market right now,” Schomacker said.

Schomacker, chairman of the Minnesota Housing Aging and Long Term Care Committee, said St. John’s on Fountain Lake matches up well against other nursing home facilities he has toured statewide.

“This is one that could be marked up against anyone else, and stand pretty well,” he said, noting his appreciation that the state could help with the project.

“We actually did something right to help them with this,” Schomacker said.

Bennett said she was proud the facility is being built in Albert Lea. 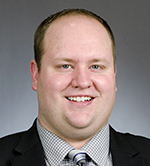 “I am blown away by this, it’s so amazing,” she said, noting she was impressed with the attention to detail taken in building the facility that she said will allow for professionals to care for seniors’ physical and mental health needs.

“This is state of the art, and we get this in Albert Lea,” Bennett said.

St. John’s Administrator Scot Spates guided the lawmakers on the tour. Bennett and Schomacker were given the progress of parts of the campus, such as The Meadows, Assisted Living Apartments that opened in July, which are housing 12 people.

“We’re helping people get healthy, get back on their feet and get back in their homes.” he said.

Spates said 40 independent living units are scheduled to open in October or November.

The nursing home will house 84 residents, and is scheduled to open in fall 2017. The  buildings will be connected by a town center that features a fitness center, coffee shop, a chapel, a store and a library and technology center.

The $44 million project began in March of 2015. The facility is south of the current St. John’s Lutheran Community location off of Minnesota Highway 13.