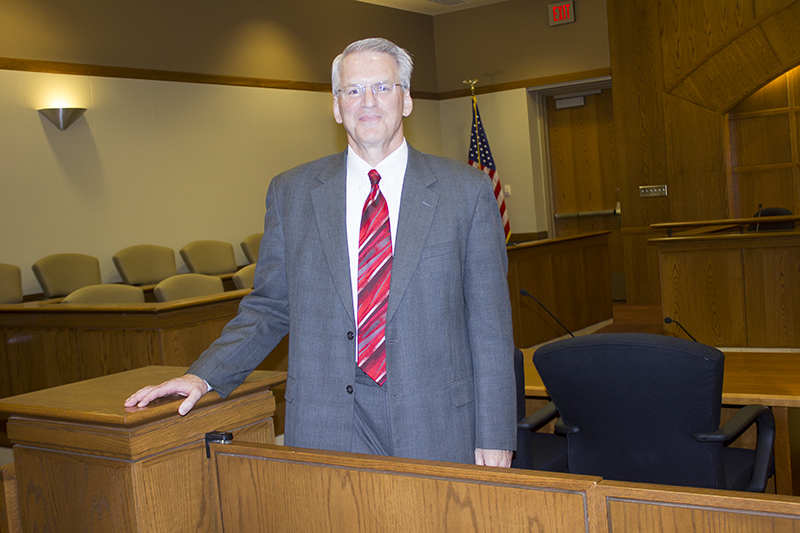 A longtime local prosecutor will begin a new journey next month as lead county attorney.

Walker will replace Craig Nelson, who will retire after 25 years in the position later this month.

As Freeborn County attorney, Walker will represent the county in cases, advise the Freeborn County Board of Commissioners and county officials, as well as play a central role in prosecuting crime.

Walker said he will face a new challenge, but expects to be successful in addressing drainage law and municipal contracting, as well as county ordinances and resolutions.

Prior to moving to Albert Lea, Walker was a prosecutor in the Army, assigned to the 10th Mountain Light Infantry Division in Fort Drum, New York.

Walker has been with the Freeborn County Attorney’s Office for 24 years.

In his spare time, Walker enjoys reading, playing piano, walking with his wife, Wendy, and their dog, as well as working out and playing some basketball and video games.

Walker said he appreciates the different aspects of being a prosecutor.

Walker has been involved with different aspects of the community through his church, through Cub Scouts, as an attorney coach for mock trial and as a member of a day care board.

He described being an attorney as an excellent profession.

“It’s a challenging job in that it gives you difficult work to do in the courtroom, but it is also very rewarding in that you are doing what you believe is right, and I believe we have some good professionals to work with here,” he said.

Walker will serve the remaining balance of Nelson’s term. The term is scheduled to end the first Monday in January 2019.