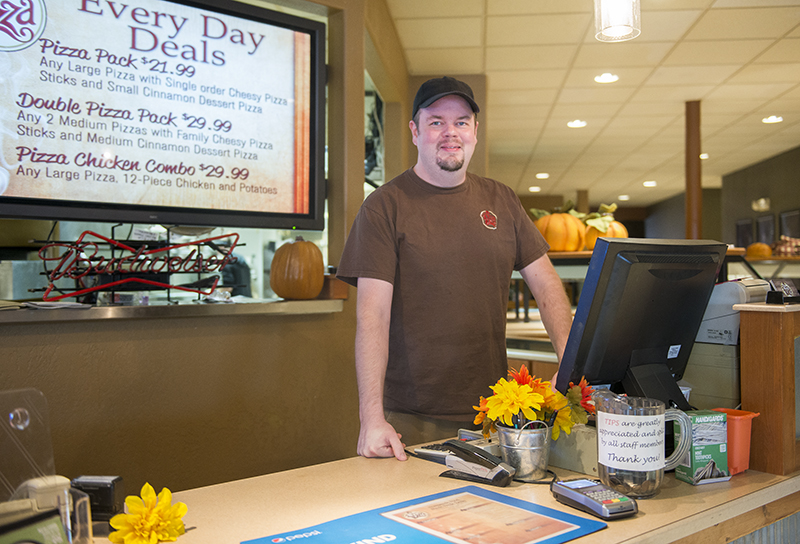 LAKE MILLS — It’s becoming more common for people to change career paths now more than ever, and one Lake Mills man is no exception.

John Hegel used to do IT work for Diamond Jo Casino in Northwood for seven or eight years, before buying the Pizza Ranch in Lake Mills about 3 1/2 years ago.

“I just wanted to do something different,” Hegel said.

In those 3 1/2 years, the restaurant, at 210 W. Main St. in Lake Mills, is now Main Street Pizza and has since broadened its menu. While still offering the pizza and buffet, Main Street Pizza also offers breakfast and lunch menus.

Hegel, now 33, used to work at the restaurant when he was in high school and when it was known as Pizza Ranch. He has a staff of about 15 employees, and both his parents and his sister have helped him out at the restaurant in different ways — from cooking to construction work. He himself helps out in the kitchen when needed, while juggling other management and ownership responsibilities.

Hegel said part of the inspiration behind offering breakfast was after the area’s only local breakfast option, Grand Cafe, closed its doors. He said he has since hired a number of the former cafe’s employees to his own staff.

The Lake Mills community has been very supportive of both the change in ownership and menu expansion at Main Street Pizza, Hegel said. He also said he looks forward to seeing where else the restaurant business takes him.

Interesting fact: used to work in the IT department at Diamond Jo Casino