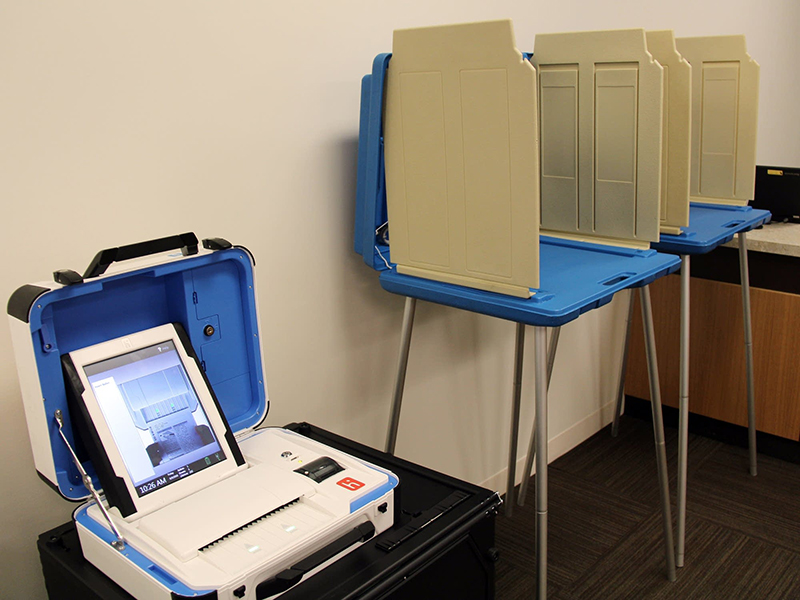 Minnesota voters have more options than they’ve ever had in a presidential election year.

Minnesotans can begin casting no-excuses absentee ballots in this year’s general election one week from Friday, in the first presidential election year that voters can request absentee ballots without providing an excuse for why they can’t get to a polling place.

Early voting will also be available to most Minnesotans beginning seven days before the Nov. 8 election day. Voters will be able to fill out ballots at elections offices and feed them into voting machines just as they would on Election Day.

Secretary of State Steve Simon predicted the new options will change the way many Minnesotans vote, and make it more convenient for those who cannot vote within a 13-hour window on a specific Tuesday.

“It helps everybody. I think as more people hear about this, I can tell you more people are excited about it,” Simon said.

The new ways to vote also have big implications for candidates. Ken Martin, chair of the Minnesota DFL Party, said political operatives are trying to bag as many early votes as possible.

“From a campaign perspective it really means that it’s elongated that get-out-the-vote period,” said Martin.

Martin said the DFL will use 25 offices and 300 staffers around the state to focus on competitive congressional races in the 2nd, 3rd and 8th Districts and on a slew of close legislative contests

“We know in some of those legislative races that they’re going to be decided by, you know, 50 to 100 votes — maybe even less than that — and so this program could make the difference,” Martin said.

But Downey is not a fan of the new early voting options.

“I personally have always thought that going to vote on Election Day is preferable,” he said.

Voting early risks missing the opportunity to react to an 11th hour campaign development that could change the way someone might vote, Downey said, and he is concerned about the potential for voter fraud.

“I have the exact opposite take from that,” said Simon, a Democrat.

“The people you can get registered and voting before Election Day, the more opportunity there is to vet and filter and screen.”

No-excuses absentee voting is available to every Minnesotan but not all Minnesotans will have the option to feed their ballots into voting machines beginning seven days before the election. It’s up to local governments to make that option available.

Simon said most places are rolling out machines. But Polk County in northwestern Minnesota, for example, is not.

“In an effort to streamline our process at the counter and make the experience for the voter on the other side of the counter as quick and painless as possible, we choose not to utilize the option for that voter to feed their ballot into a machine,” said Michelle Cote, who administers elections in Polk County.

According to Republican State Sen. Mary Kiffmeyer, it is unfair that early voting is not available to everyone in the state. Kiffmeyer served as secretary of state for eight years ending in 2008.

“It is not statewide and so the reason why I objected to it is because it was unequal treatment of voters,” said Kiffmeyer.

Simon counters that many election specifics are left to the discretion of local governments.

Simon said he hopes interest in the presidential race, along with more voting options, will boost turnout, leaving Minnesota leading the nation as it did for the last presidential election, when more than 76 percent of eligible Minnesota voters cast ballots.