National Theatre performances will be shown at the Marion Ross 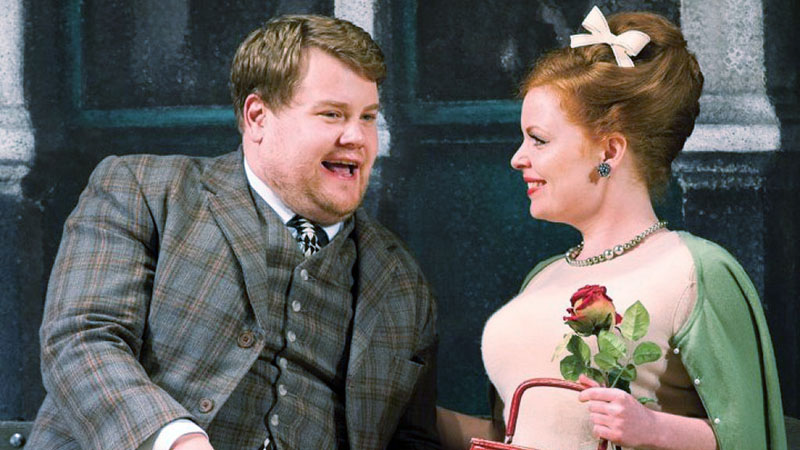 An encore performance of "One Man, Two Guvnors" will be broadcast to the Marion Ross Performing Arts Center on Saturday. Provided

The Marion Ross Performing Arts Center will host a series of encore National Theatre Live performances over the next few months, starting with runaway hit comedy “One Man, Two Guvnors.”

The play, featuring a Tony Award-winning performance from James Corden, the host of “The Late, Late Show,” will be broadcast in high definition at 7 p.m. Sept. 10 to the Albert Lea theater.

“Albert Lea is so fortunate to be able to show these National Theatre in HD performances at the Marion Ross Performing Arts Center,” said Jason Howland, Albert Lea Community Theatre board member. “With its massive high definition screen, it’s just as if you are next to the stage in London.”

National Theatre Live is the National Theatre’s groundbreaking project to broadcast the best of British theatre live from the London stage to cinemas around the world.

According to a news release, “One Man, Two Guvnors” has been a hit on both London’s West End and on Broadway.

Fired from his skiffle band, Francis Henshall in the play becomes minder to Roscoe Crabbe, a small-time East End hood, now in Brighton to collect money from his fiancee’s father. However, Roscoe is really his sister, Rachel, posing as her own dead brother who has been killed by her boyfriend, Stanley Stubbers.

Holed up in the Cricketers’ Arms, the permanently ravenous Francis spots the chance of an extra meal ticket and takes a second job with Stubbers, who is hiding from the police and waiting to be reunited with Rachel. To prevent discovery, Francis must keep his two gunners apart.

Howland said Albert Lea’s theater is one of a few theaters in the country showing National Theatre Live’s “One Man, Two Guvnors.” The next closest is in South Bend, Indiana, at the University of Notre Dame.

He said the other National Theatre Live performances slated for this year are popular shows that the local theater has shown in the past.

The following is a roundup of those shows, according to the Albert Lea Community Theatre website:

Written by Peter Morgan and directed by two-time Tony Award winner and Academy Award-nominated director Stephen Daldry, the encore performances include an exclusive question and answer with Mirren and Daldry.

For 60 years, Queen Elizabeth II has met with each of her 12 prime ministers in a private weekly meeting. This meeting is known as The Audience. No one knows what they discuss, not even their spouses.

Through these private audiences, viewers can see glimpses of the woman behind the crown and witness the moments that shaped the monarch.

Directed by Lyndsey Turner and produced by Sonia Friedman Productions, the original 2015 broadcast was experienced by over half a million people worldwide.

Forced to avenge his father’s death, but paralyzed by the task ahead, Hamlet rages against the impossibility of the predicament, threatening both his sanity and the security of the state.

Since its first performance at the National Theatre in 2007, “War Horse” has become an international smash hit, capturing the imagination of millions of people around the world.

The play is based on Michael Morpurgo’s novel and is adapted for the stage. It takes audiences on an extraordinary journey from the fields of rural Devon to the trenches of France in World War I.

At the heart of the play are life-size puppets by South Africa’s Handspring Puppet Co.

What: “One Man, Two Guvnors”