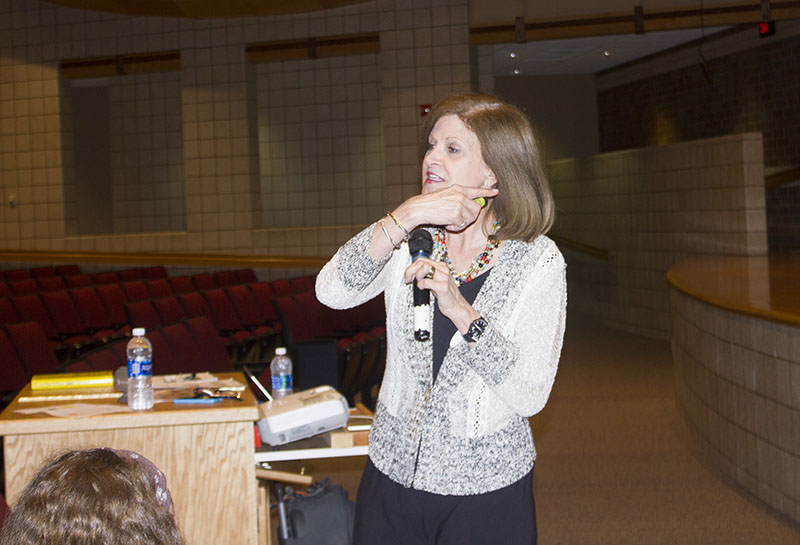 Borba said she was concerned with the increased use of technology among toddlers and teenagers.

“It’s not an app, it’s not a program, it’s exposing kids to real opportunities,” she said.

Borba advised setting times where children are not allowed to use technology to enhance face-to-face conversations.

She recalled working in Armenian schools where chess is required to boost the character of students, and derided the cutting of recess in schools across the country.

“What we need to do is have kids figure out just how to get along with others,” Borba said.

Moral identity is also critical to develop empathy, she said.

“If you know what you stand for … and it becomes internalized, you are more likely to follow through,” she said.

Borba urged parents to instill the need for their children to help a peer in distress.

“Don’t expect someone else to make the phone call, you do it yourself,” she said.

She cited a Canadian case where classmates of a child who was bullied wore pink shirts to show their support for him.

“You don’t necessarily have to say something to make a difference,” Borba said.

According to an information sheet, Borba’s strategies to mobilize student bystanders to reduce peer cruelty were featured on “Dateline” and “NBC News.”

She was the bullying expert in the documentary “Bullied to Silence” and is on the advisory board for the film “The Bully Project.”