UPDATED: One person injured after crashing into car, building 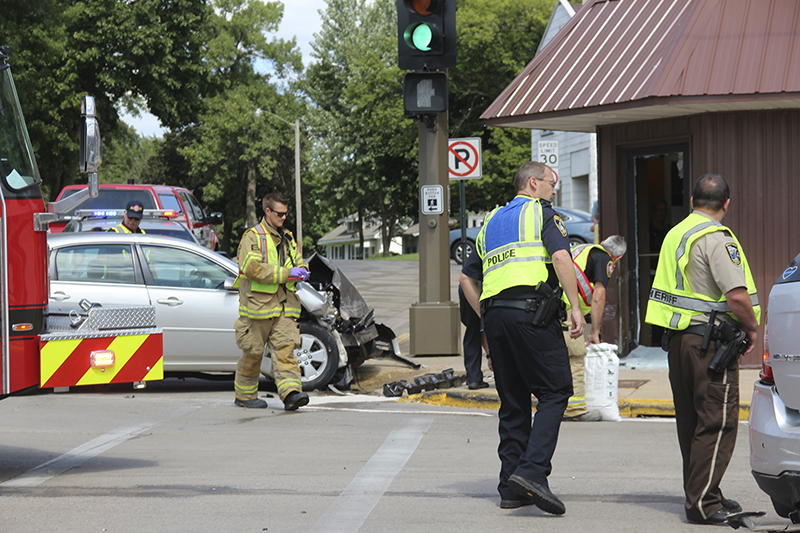 An 80-year-old woman was transported to Mayo Clinic Health System in Albert Lea Friday afternoon after she reportedly crashed into a car and then struck a building at the intersection of Bridge Avenue and Marshall Street in Albert Lea.

Sharon Kay Ball was driving a 2006 Chevrolet Impala northbound on Bridge Avenue shortly before 1:30 p.m. when she reportedly collided into the back of a 2012 Ford Edge in the right-turn lane at the intersection with Marshall Street. After colliding with the vehicle, her car then crashed into the front of 701 Marshall St., according to Deputy Director of Police J.D. Carlson.

Carlson said Ball likely blacked out when the crash occurred.

The driver of the Edge, Sy Nicolas Vanthavong, 36, and his wife, Erica, and two children went by private vehicle to the hospital as a precautionary measure.

The building at 701 Marshall St., the home of Ignite Nutrition, sustained some damage.