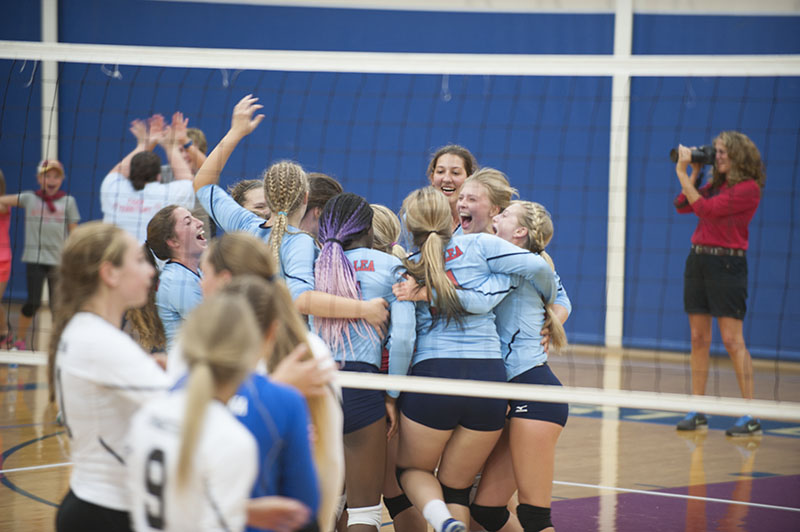 Down two sets to one, the Albert Lea volleyball team found itself in the same position facing Owatonna Thursday night as it was Tuesday night against Burnsville.

But the Tigers seemed to find a little something extra for the second match in a row.

The Tigers won a hard-fought fourth set, then won the match in the fifth set in extra points when sophomore Mikaela Pannkuk put a serve in-play that was too difficult for the Huskies to handle, giving the Tigers the victory.

“It was quite a match,” said Tigers coach Cathy Baumann. “Our players did not give up, and it certainly paid off.”

After winning the first set closesly but with relative ease, the Tigers dropped the next two sets, putting them down 2-1.

In the fourth set, the Tigers took advantage of several mishits by the Huskies to take a 20-16 lead. Then, the Tigers got a huge block from Dora Ogunkanbi to make it a five-point lead. 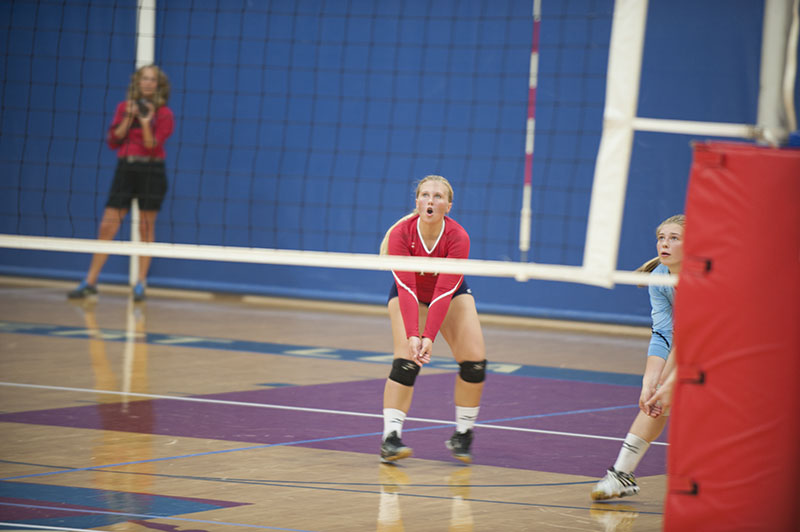 But the Huskies would battle back, coming to within one point — 24-23 — but the Tigers were able to take the set by scoring the next point.

That set the stage for a dramatic fifth set.

It didn’t start out well for Albert Lea, though.

Owatonna jumped out to a 10-5 lead. But two straight net violations and another point helped Albert Lea get back into the set.

Down 10-8, Albert Lea senior Sarah DeHaan got a kill that bounced off the fingertips of an Owatonna player.

The Tigers would even the socre at 10, but the Huskies would tally the next three points.

The Tigers would score two of the next three points to pull within 14-12. Then, junior Alexandra Eckstrom got a huge kill to bring the Tigers to within a point. Sophomore Courtney Harmdierks came up with the biggest play of the match when she jumped to block a kill attempt, then immediately jumped again to earn the kill to tie it at 14 apiece.

Later, with the Tigers up 16-15, Pannkuk rifled a serve that was just too much for the Huskies to handle, as they fumbled the ball away and it hit the ground.

Albert Lea’s student section immediately hit the floor in excitement to celebrate with the whole team.

“Overall, I’m just proud of what this team has proven this week,” Baumann said. “One of our goals this season is to finish strong. We do not give up, and will fight to the very end.”