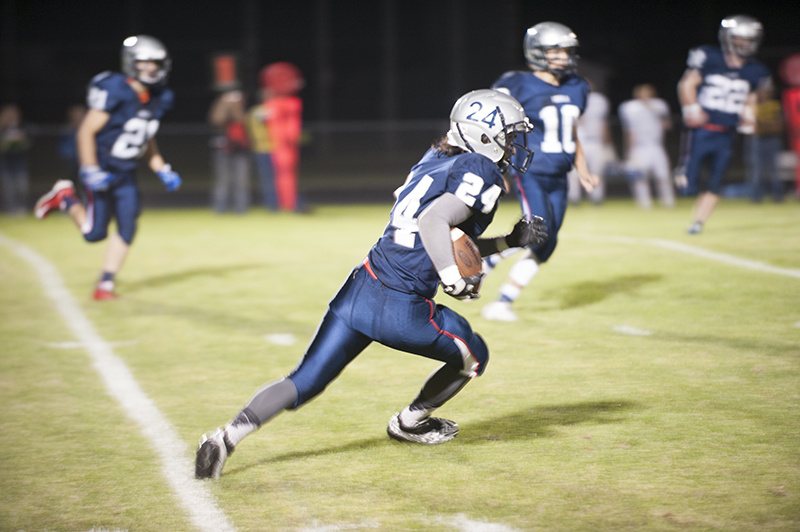 WELLS — After running over its opponents in the first two games of the season, the No. 9-ranked United South Central football team got a taste of its own medicine when Janesville-Waldorf-Pemberton came to town Friday night.

The Bulldogs took advantage of a solid defensive performance, a hard-nosed rushing attack and mixed in a nice selection of timely passes to take down the Rebels, 27-0.

The Bulldogs got off to a good start when quarterback Sam Eustice ran 45 yards for a touchdown four minutes into the game.

In the final minute of the first quarter, Eustice found Andrew King in the back of the end zone for another Bulldogs touchdown.

The Bulldogs kept their foot on the gas, as Shae Wheelock barreled his way across the goalline for a four-yard touchdown run. 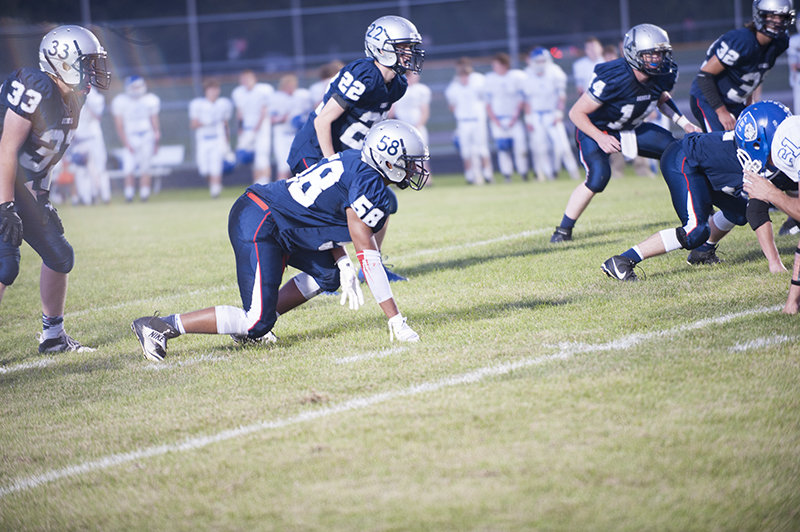 United South Central sophomore defensive end Zech Weller gets ready for the snap of the ball during the first half of USC’s game against Janesville-Waldorf-Pemeberton.

In the second half, Eustice found Alex Kjolstad for a 59-yard strike for the Bulldogs final score of the game.

The Bulldogs amassed 308 yards of total offense compared to 119 for USC.

After rushing for over 300 yards against Mankato Loyola a week ago, USC was held to 81 rushing yards on 31 attempts.

USC will look to get back on track when it will travel to St. Clair Friday.

Kick off is scheduled for 7 p.m.