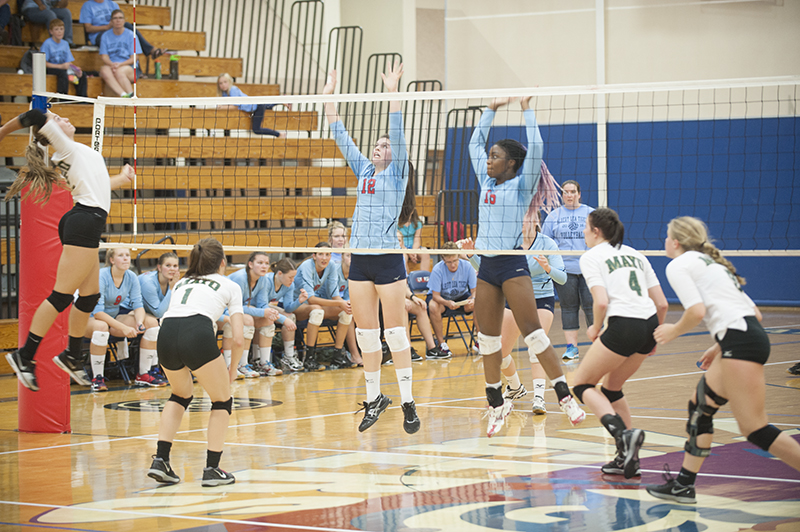 The Albert Lea Tigers volleyball welcomed the Rochester Mayo Spartans to town Thursday night, as the Tigers looked for their first Big Nine Conference win of the season.

But the Spartans were on their game from the start, and cruised to a three-set victory over the Tigers.

“We had a hard time getting all of the parts of our game working smoothly at the same time,” said Tigers coach Cathy Baumann. “(Mayo) is a strong defensive team, and our back row worked hard to show some great successes, but we couldn’t carry that over to executing a play for the point.”

The Tigers found themselves down 6-0 right away in the first set and could never recover.

In the second set, the Tigers battled back from being down 10-4 to make it 13-9, but then came apart and allowed the Spartans to go on a 7-1 run.