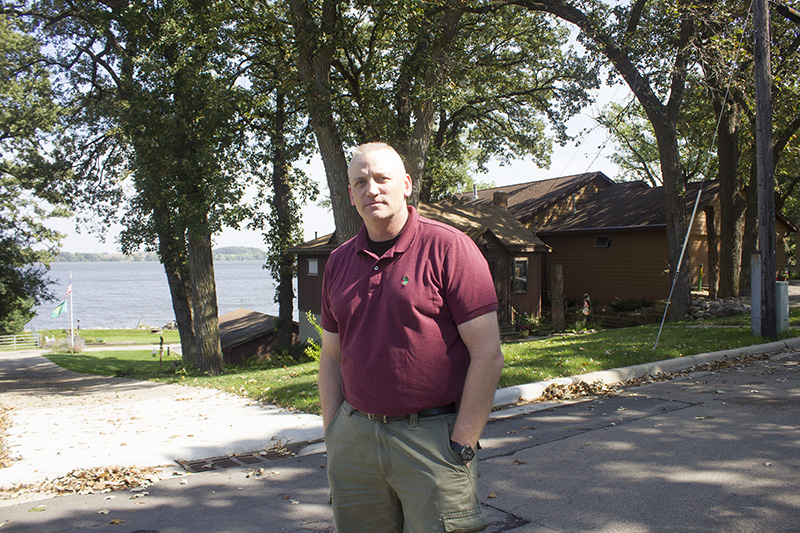 An Albert Lea group wants to increase safety in the area where an 8-year-old Albert Lea girl was struck and killed in July.

Make our Neighborhood SAFE wants to install a three-way stop sign at the intersection of Eighth Street and Frank Hall Drive, where Sophie Stultz was killed July 2, and make other safety improvements in the Frank Hall Drive neighborhood.

Ronnenberg, a 22-year active duty and reserve veteran, said changes are needed on Frank Hall Drive beyond the intersection where Stultz was killed, such as filling in missing sidewalk and correcting insufficient lighting, limited signage and blind curves.

“I see people every single day pushing babies in strollers every day on the street,” Ronnenberg said. “Why can’t they be on the sidewalk?”

He said students should not have to walk to Halverson Elementary School on the street.

Though he has lived in the neighborhood for 14 years, Ronnenberg said he now has more time to address the traffic issues.

“There are other things that need to be done,” he said. “This has bothered me for a long time.” 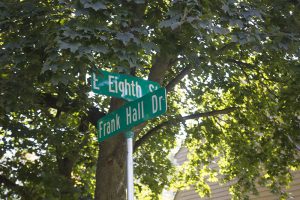 Ronnenberg said though he is not pushing for citywide traffic changes, he would not mind sparking needed traffic safety improvements across the city.

“If we can raise enough awareness … and this isn’t what we are trying to do, but if there is a positive benefit, then I’m OK with it,” he said, noting improving the safety of the area’s thoroughfares has support in the neighborhood.

“These aren’t Nick’s ideas, they are the neighborhood’s ideas,” Ronnenberg said.

He emphasized the organization will continue to work toward traffic safety even if three-way stop signs are installed.

“This isn’t the ending point,” he said. “This is just starting.”

Presently, Frank Hall Drive only has stop signs at one intersection along the length of the corridor. These stop signs — at the road’s intersection with Fourth Street — were installed after 3-year-old Allison Martinson died from injuries she received from being struck by a car in 1978. At that time neighbors petitioned the city for stop signs and called for something to be done about the speed of cars on the street.

Make Our Neighborhood Safe had 200 likes on its Facebook page by Friday. The group is encouraging residents in the neighborhood with safety concerns to bring them to the City Council meeting at 7 p.m. Monday.

Though a recommendation as to whether stop signs should be implemented at the intersection of Frank Hall Drive and Eighth Street will be made on Monday, the final decision about whether to do so will be made by the council.

Sarah Stultz, managing editor of the Tribune, said in the weeks following her daughter’s crash, she and her husband, Jason, visited the Frank Hall Drive neighborhood sometimes once a day.

“After asking many questions of our own about the events surrounding (Sophie’s) crash, we found out there have been safety concerns in the neighborhood for many years,” Stultz said. “We felt inclined to lend our voice and our efforts to doing what we could to prevent a crash like Sophie’s from ever taking place again.”

Stultz said though her family does not live in the Frank Hall Drive neighborhood, they want to help prevent a similar crash there.

“If we can prevent even one crash in the future, it would be worth it,” she said.