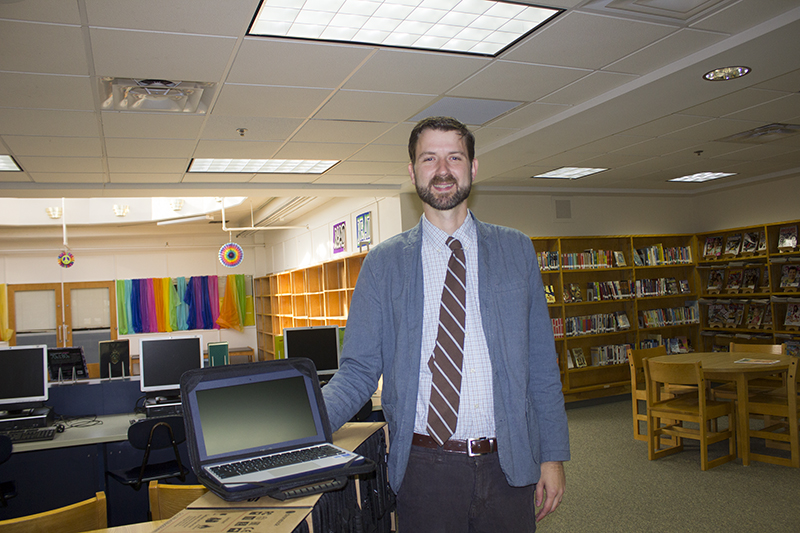 Albert Lea seventh-graders now have another learning tool they can use at school and at home.

As part of the ConnectED learning initiative, about 300 Southwest Middle School students will receive a Chromebook today.

The Chromebook can be used at school and at home. The rollout was made to support effective learning through communication, creation, creative thinking and collaboration, said Albert Lea Coordinator of Technology Integration Kenneth Griswold.

“This is an opportunity for us to really see what this looks like for a large number of students,” he said.

Though technology has been integrated into the school’s core subjects over the last 10 years, Griswold said, the Chromebook rollout allows students to develop classroom skills at a deeper level and with the real world.

“Let’s provide additional access to technology so that we can improve our ability to target these 21st century skills,” Griswold said.

Griswold said the Chromebooks will allow students to transfer classroom lessons to their personal interests.

“We want to celebrate that,” he said.

Griswold described technology integration at the district as an “all-out effort” that started at the district before he arrived, noting he has helped teachers, administrators and district leaders through the process to ensure the rollout is a success.

Carts of Chromebooks are in place for district third-, fourth- and fifth-graders at each elementary school.

There is essentially a one-to-one Chromebook to student ratio in sixth grade, Griswold said, and each high-school student is planned to be issued a Chromebook in fall 2017.

Griswold said staggering the implementation of Chromebooks will allow the district to sustainably replace Chromebooks in the future.

“They are itching to get them into the students’ hands,” he said. “It’s going to be a great first step for us.”