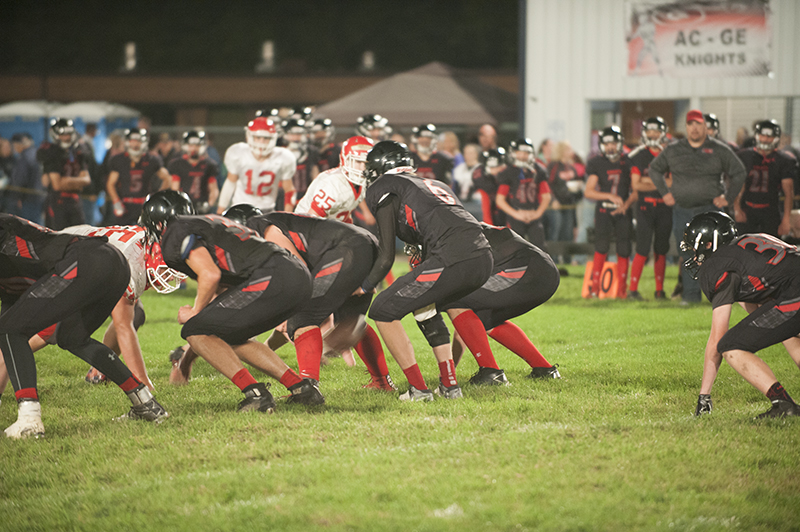 Alden-Conger/Glenville-Emmons quaterback Derek Van Ryswyk takes the snap from under center during the second half of Friday’s Homecoming game for the Knights. Jarrod Peterson/Albert Lea Tribune

The Hurricanes scored two touchdowns in the first half, and that would be enough as the Knights were able to move the ball down the field, but couldn’t convert when it mattered most, losing 14-0.

“It was a tough game,” said Knights coach Chad Mattson. “We shot ourselves in the foot again with two fumbles in the red zone and a touchdown called back because of an illegal block in the back penalty.”

“We played very well defensively,” Mattson said. “But we just couldn’t put a drive together on offense. The kids fought hard the whole game. It’s back to work Monday.”

The Knights had two sacks on defense — one each from Dillan Lein and Josh Majerus.

The loss drops the Knights to a record of 1-3 on the season, while Houston stays unbeaten (4-0) with the win.

Alden-Conger/Glenville-Emmons will return to action Friday when it travels to Lanesboro.