Work winding down on former hotel building in New Richland 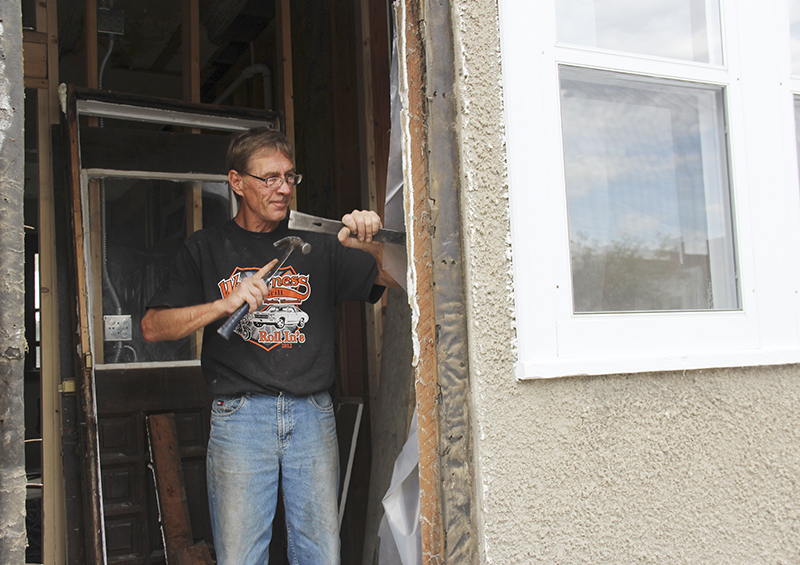 NEW RICHLAND — A collaboration to renovate a historical building in downtown New Richland is drawing closer to completion.

With most of the work completed in the front half of the main level of the former Hotel Washburn, the New Richland Area Historical Society hopes to open in early November at the new location.

The former Hotel Washburn, at the intersection of Broadway Avenue and Division Street, originated around the time of New Richland’s creation, in the late 1870s. Over the years, it has been most widely known as the Hotel Washburn and the New Richland Hotel. At one point, it also had apartments.

Plans with the renovations, which started about two years ago, call for the Historical Society to be in the front half of the building with the back half to be occupied by the New Richland Area Food Shelf.

Larry Goehring, president of the food shelf, said the project is between $3,000 and $5,000 shy of the money needed to complete the first floor. That does not include additional sheetrock that needs to be purchased for the upstairs. Plus, there will likely need to be more volunteers to make the renovations. Though original plans called for emergency housing on the upper floor, that will likely instead be used as conference rooms and storage because of monetary restraints. 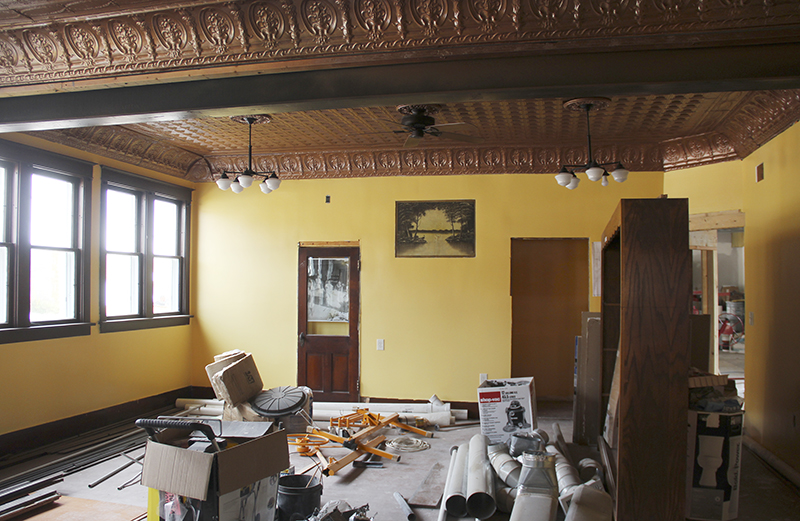 Walls have been refinished and the ceiling restored at the building in New Richland. – Sarah Stultz/Albert Lea Tribune

Barb Wildgrube with the Historical Society said the renovation process slowed a little because of a shortage of volunteers and the need to complete necessary inspections.

Despite the slowed process, Goehring and Wildgrube said they look forward to work being completed.

Goehring said flooring will be installed within the next two weeks, and they are awaiting electricians for more work. The ceiling has been sandblasted to peel off old paint and then primed and painted. A large big-screen television has to be installed that will be used for both historical slideshows and to help teach food shelf patrons about meal planning and budgeting.

In addition to the use of the building by the two entities, the Bone Builders class is slated to have its classes in the newly restored space.

Goehring estimated the food shelf services an average of 40 families a month. Its service area covers mainly the NRHEG school district, but reaches out to include Waldorf and Otisco. He said most of the funds for the food shelf are donated locally, along with state grants.

“Even in bad times, this area is a very giving area,” he said.

Goehring estimated about $90,000 had been raised for the building thus far, including donations given from all over the country from former New Richland residents.