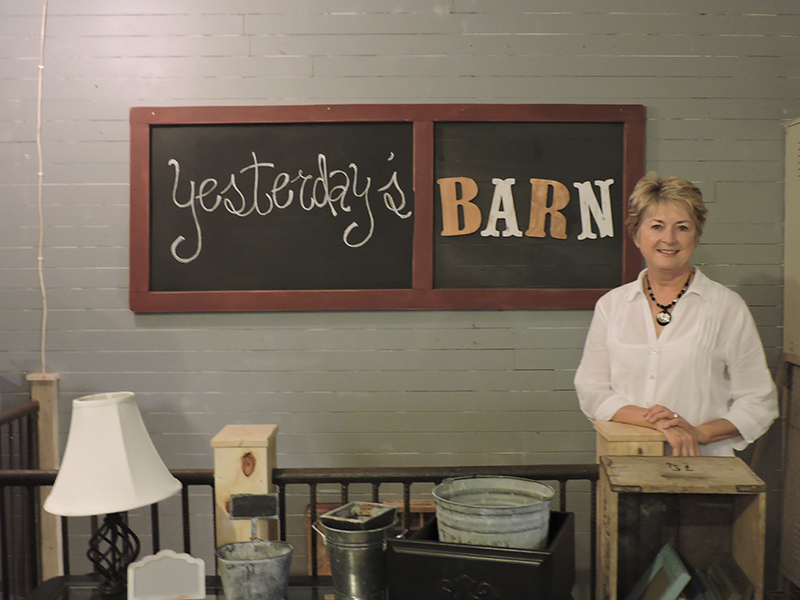 Karen Vanderploeg is co-owner of Yesterday’s Barn with one of her daughters. The lifelong Hollandale resident runs the business out of a barn on her property at 28674 810th Ave. in Hollandale. - Kelly Wassenberg/Albert Lea Tribune

HOLLANDALE — A hobby has turned into a business opportunity for one Hollandale resident.

Karen Vanderploeg said it was her daughter Julie Krommendyk of Belle Plaine who first got her interested in refurbishing furniture. Since then, the two have spent time collecting pieces from thrift stores, curbside and dumpsters and giving them new life.

“This is a hobby gone crazy,” Vanderploeg admits. “I love to do it. It almost becomes like an addiction to find things to repurpose.”

Needing a space to create, Krommendyk recommended her mother convert the other half of their barn, which was formerly a hayloft, into a display room. Yesterday’s Barn now occupies that space and shares a wall with Vanderploeg’s husband, David’s, shop area. 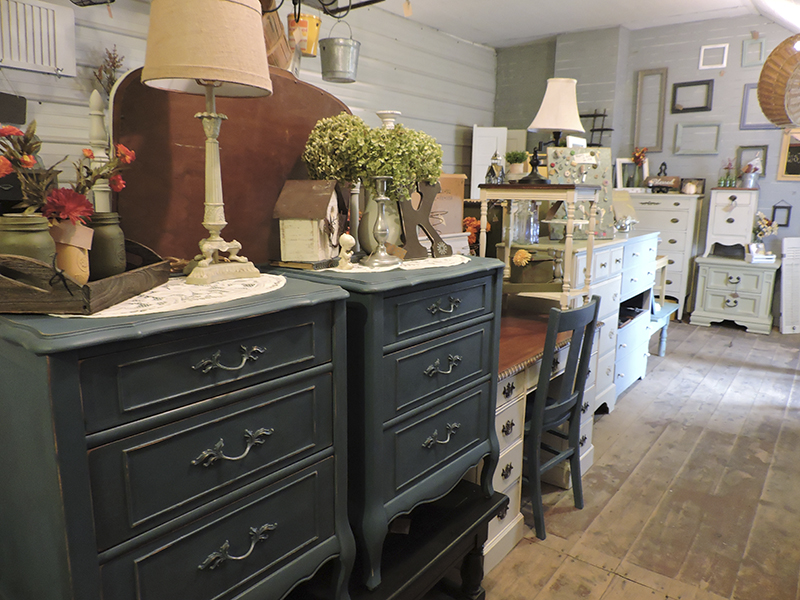 “We’ve kind of taken over his shop, and he’s just been a really good sport about the whole thing,” she said, noting her husband is their fix-it man.

Since the start of their business venture, Vanderploeg and Krommendyk have refurbished and repurposed hundreds of items — many of which were sold during the spring sale they had in May.

“We had just a wonderful response in May that we thought we’d do it again,” Vanderploeg said.

Over the summer months, the duo continued to collect pieces from their respective areas and work on them once a week to ensure they would be stocked for their next sale, which is scheduled from 9 a.m. to 5 p.m. Sept. 16 and 9 a.m. to 3 p.m. Sept. 17.

“I would suggest being here early,” Vanderploeg said to those planning to attend. “We had people literally running to the door when it opened last time.”

With the nature of their business, there is a wide variety of one-of-a-kind items. The barn will then be slowly restocked with items over the winter in preparation of their spring show.

Yesterday’s Barn is at 28674 810th Ave. in Hollandale. Vanderploeg said there will be plenty of parking and cold cider waiting for those who make the drive to see what they have to offer, and 10 percent of the proceeds their sales are donated to The Salvation Army of Freeborn County.