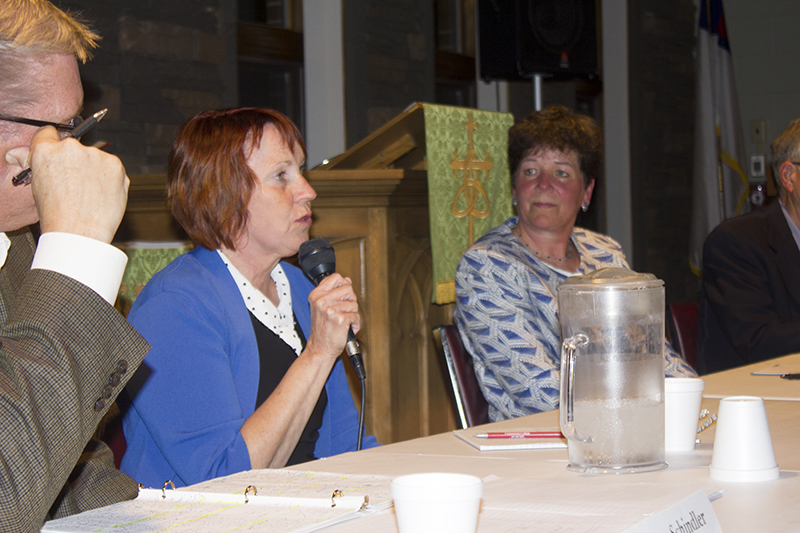 Schminke suggested alternative licensing for prospective long-term care workers who have a lot of experience, but not the right licensure, to help address senior care staffing shortages.

Poppe said she was proud of legislative efforts to address long-term care staffing shortages, and spoke highly of a LeRoy-Ostrander Public School program, which helps students become a nursing assistant.

Poppe encouraged helping senior citizens on a fixed income, noting she wants to see them live independently until they are ready to enter a nursing home.

Schminke encouraged people to keep money in an IRA, 401K or other retirement plans, and suggested a department or commissioner develop an objective scoring method to rate long-term care policies. 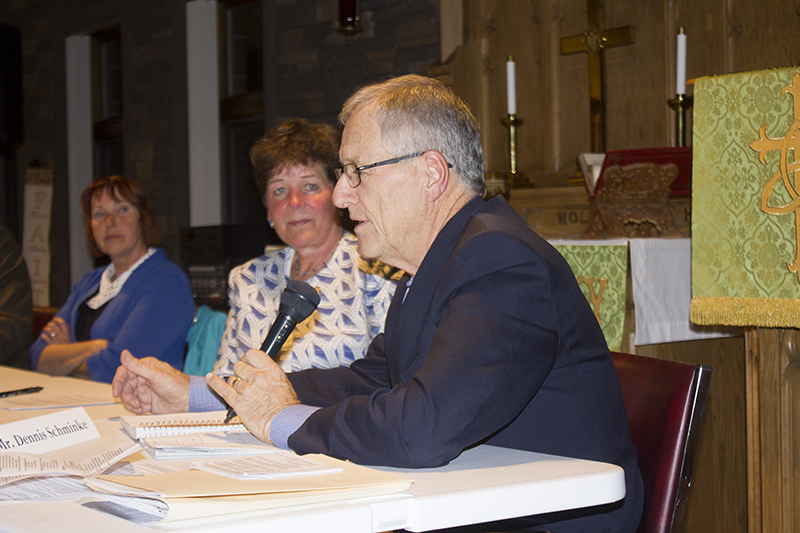 Schminke and Poppe spoke of the need to keep long-term care facilities in good shape.

“If the state can help with that, I think that is important we do it,” Poppe said, noting some older long-term care facilities need to be updated.

“We can provide some funding for schools for renovations, we should be able to do that for nursing homes,” she said.

Schminke said though costs are different in more populated urban centers, Greater Minnesota infrastructure needs to keep up to date, or else it will fail.

Schminke and Poppe spoke highly of telemedicine — the diagnosis and treatment of patients by telecommunication —  to assist seniors in living independently.

“Telemedicine would be undoubtedly one of the greatest things to ever come,” Schminke said.

For access to telemedicine, she suggested broadband service be extended to unserved areas, noting her belief that more than the $40 million in state broadband funding suggested by House Republicans is needed to expand broadband access.

“If these are priorities for us, we need to be able to fund it,” she said.

Good Samaritan Society of Albert Lea Administrator Katie Davis said the forum was important to show the legislators are representatives for senior citizens.

“We need our legislators to be the voice for us in St. Paul, to hear our thoughts and our ideas,” she said. “We really need good representation in St. Paul.”

Poppe and Schminke said the forum was a good learning experience for policy and funding ideas.

“It was a good event to be able to hear from each other,” Poppe said. “We all pay attention that we can learn from each other and some good ideas can come up.”