3rd Ward candidates differ on how to grow city

Roger Swanson and Jason Howland faced off in the candidate forum sponsored by the Albert Lea-Freeborn County Chamber of Commerce. 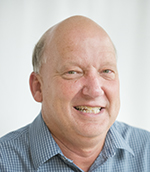 Howland said the issue is prevalent across rural America because of smaller families, and he cited the development of Wedgewood Cove Townhomes and new housing as helping address the issue.

“We just need to continue to invest in our community and not overburden our taxpayers,” he said.

He suggested the city work with schools to address its workforce shortage, and emphasize how nice of a community Albert Lea is.

“We have a great community,” he said.

There were more than 200 job postings in the area in the last 30 days, Howland said, noting a plan is needed to expand the area’s tax base and bring more high-paying jobs to the community. 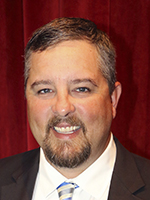 He said collaboration is needed with economic agencies, employers and Riverland Community College to ensure students are trained for the workforce.

Swanson said the city should look at how other similar-sized cities, such as Austin and Owatonna, have grown.

“We really need to look at what we can do,” he said.

He said by creating well-paying jobs, the city can entice young people to relocate and stay in Albert Lea.

“If we can get the good jobs, people will come,” he said.

The city needs to think outside the box and be aggressive to grow and sustain jobs in the community, Swanson said.

Swanson described himself as conservative. He said the city needs a sustainable financial plan for the next 10 years and to set funding priorities.

Swanson said though the city has saved money by transferring financial obligations for the dispatch center to Freeborn County, residents have still faced increases in their sewer and water rates.

He said the city needs to make itself competitive, or businesses will look at locating in other communities.

Howland said the city’s operating tax levy has not increased in five years.

The city needs to decide what the best and most efficient use of taxpayer money is when deciding what to spend money on, Howland said, noting the city has increased its tax base through business expansion, such as at Mrs. Gerry’s and Wedgewood Cove Townhomes.

He said the city should not overtax its residents, but invest in progressing the community.

Howland said the city needs to improve its infrastructure to alleviate flooding issues.

He said he has heard remarks that homes and businesses in flood-prone areas in Albert Lea should relocate.

“These are not plans, those are excuses,” he said.

Swanson said the city should fix flooding issues instead of completing projects, such as replacing City Garage.

Howland said the city’s quality of life is its greatest asset.

“I love this community, and it has so much to offer its citizens,” he said, citing the community’s more than 40 parks, its lakes and its art and culture as benefits.

Swanson said the city needs to find a private developer to advance the project.

He questioned why the city is pursuing the project after he said he was told by Albert Lea City Manager Chad Adams that a private developer had refused to purchase the site when the city had attempted to give it away.

Howland said a private-public partnership is needed for the project.

He suggested the city focus on obtaining public input for the project, noting his belief that the project might not commence for a long time.

Swanson said the city must take the process slowly and be transparent in a possible merger between Albert Lea Parks and Recreation Department and Albert Lea Community Education.

Howland said the city needs to make sure the merger increases efficiency and is the right thing to do.

Swanson cited his more than four decades as a business manager in Albert Lea as proof of the financial proficiency he would bring to the council. He said he would encourage people to find ways to save money.

Swanson said he has had hundreds of people work for him, noting he believes the people he has had to let go still like him.

Howland said he has seen success as a member and president of Albert Lea Community Theatre.

Howland described himself as being open, honest and hardworking. He said if elected to the council, he will be diligent.

The candidates also discussed transparency and reaching out to the city’s immigrant population.