A man running for Freeborn County commissioner wants the county to offer assistance and encouragement to existing and new businesses. 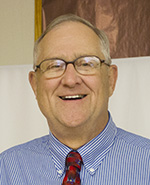 Berven said the county needs to also use available incentives and resources to attract business.

“Seek out and listen to what people desire for improvements on infrastructure, dependent on ability and willingness to pay through taxes for roads and bridges,” he said.

Berven said the board needs to listen, offer incentives and have a plan of action for prospective entrepreneurs.

“We need to provide an atmosphere to keep businesses from going to Iowa,” he said. “We can get some help from the Association of Minnesota Counties.”

“There is a plan already in use, but if there are other roads that need work before planned, I would hope that could be amended,” he said.

Board meetings and criticism

“I would like to see the Pledge of Allegiance before every meeting,” he said.

Berven said he would be willing to listen to criticism.

He said he would ask for suggestions on addressing concerns.

Berven said the county should make sure existing businesses in Freeborn County realize how much county leaders appreciate their businesses.

“We have a beautiful county here, and it is a great place to raise a family,” he said.

Plans to improve the county

Berven said if elected, he wants to “do my best to guide the county in a fair and reputable course that reflects the intentions of the people who are willing to vote for me.”

Berven hopes the lakes and waterways are cleaned as soon as possible.

“I also realize these lakes and waterways did not deteriorate overnight, so I realize it will take time,” he said.

Berven said too many people are discouraged by government.

“People need to get involved at the grassroots,” he said. “We have five county commissioners in comparison with one representative in St. Paul and one senator in St. Paul. You have much more control locally.”