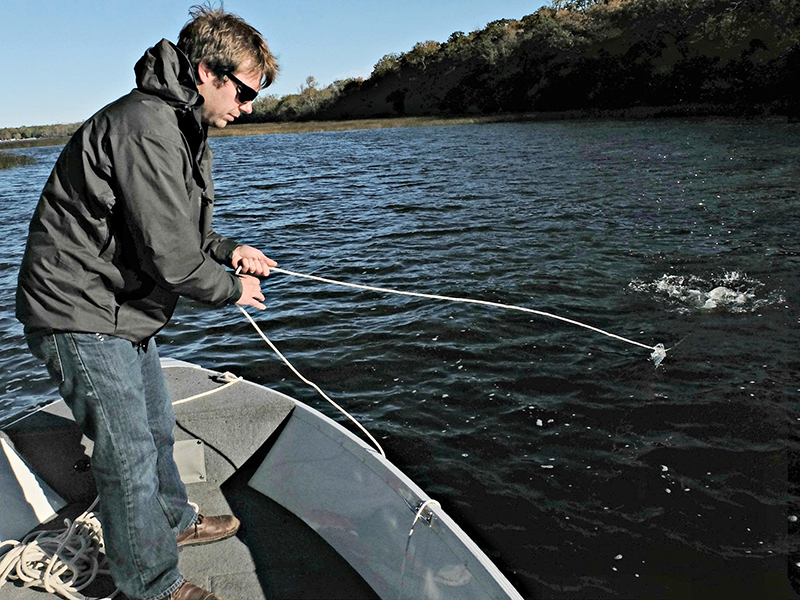 Stopping the spread of aquatic invasive species can seem like an uphill battle but one Minnesota group is claiming success keeping non-native flowering rush in check in four Becker County lakes.

Minnesota spends millions of dollars every year trying to slow the spread of zebra mussels, Eurasian milfoil and other non-native invaders with mixed results. The experience with flowering rush could offer lessons on how to manage those other threats, chief among them that a scientific approach and persistence can lead to success.

The treatment can be replicated anywhere, and it’s starting to attract attention, according to Brent Alcott, a Pelican River Watershed District assistant administrator.

“The use of the protocols that have been developed for our treatment here are now being used in Wisconsin, they’re looking at bring them out to Idaho, down in the Twin Cities area they’ve been using them with pretty good success,” said Alcott.

It was the 1970s when flowering rush first invaded lakes in Becker County, most likely an escapee from a backyard pond. The Minnesota Department of Natural Resources says 36 lakes and streams across the state are infested with the plant.

“The problem with flowering rush is it grows a lot denser than our native hardstem bulrush, and then it has a tendency to change the substrate from a hard sandy gravel bottom to a mucky bottom,” Alcott said.

The mucky lake bottom is less attractive for spawning fish and the dense beds of flowering rush choke out native plants and can be tough to navigate with a boat.

People tried to control flowering rush here for decades. They sprayed it with herbicide. They tried cutting it with a big floating mower. But nothing seemed to work. In fact, cutting the plant seemed to make it grow more vigorously.

So six years ago the Pelican River Watershed District decided to take a step back and start with basic scientific research — “figure out how this plant grows, why it thrives so well and then kind of find that chink in its armor,” said Alcott. “If you don’t know how the plant grows how, do you know how you can control it? You’re just throwing money and chemical in a lake just guessing.”

It’s very difficult to eradicate most aquatic invasive species once they are established and flowering rush is no exception.

“The main challenge was figuring out what is the key point in the lifecycle of the flowering rush that is critical to be able to get long term control,” said Madsen.

Flowering rush grows from root-like horizontal stems called rhizomes, like you’d see if you dig up lilies or iris’s in the garden. The rhizome stores starches and sugars the plant needs to grow.

Madsen’s research found applying herbicide underwater was most effective. And several well timed herbicide applications could force the plant to use up its stored energy in new growth.

Brent Alcott says researchers find signs of success when they dig up the plant rhizomes after multiple herbicide treatments.

“We find the rhizome, but they’re actually hollow after two to three years of treatment,” said Alcott. “So it’s effectively removed all of the starches, all of the sugars that it put down as energy stores.”

It takes about three years to see a significant reduction in the flowering rush stands, and keeping the invasive plant at bay requires annual herbicide applications.

Eradication might be possible, but it’s not practical say researchers.

John Madsen says completely killing the plant in a lake would require much heavier herbicide applications, something he says would be too costly, both financially and environmentally.

The herbicide damages some native plants. But Madsen says the damage is less than he expected and many native plants quickly spread to fill in the space left by the shrinking beds of flowering rush.