Albert Lea School Board candidates square off in forum 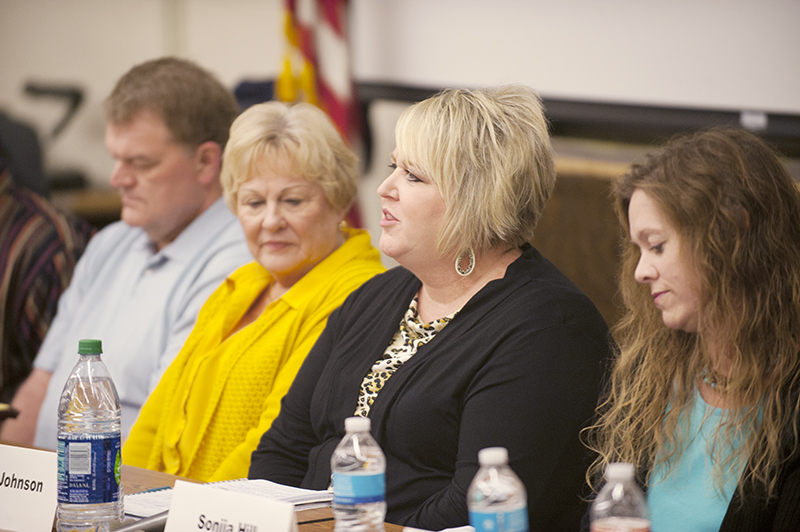 9 out of 10 up for election present to answer questions

Nine of the candidates for Albert Lea School Board discussed the school’s climate, retaining teachers and other district issues Thursday during a candidate forum at Riverland Community College.

Joseph Ferguson did not attend the forum.

The candidates are vying for three open seats on the board. 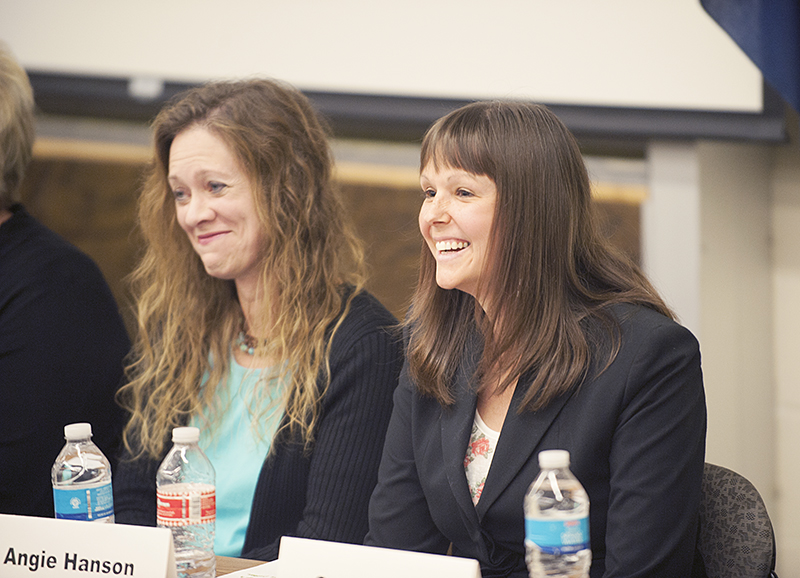 A majority of the candidates said the district’s culture needs to improve.

Johnson said employees need to be involved with making decisions and need to be valued, appreciated and feel that their concerns are being addressed by their supervisors, administration and the School Board.

“Those are very important things we need to focus on and make a priority,” she said.

Langseth suggested the district speak with staff and the community to improve morale, and he said he thinks the board needs to take a more aggressive stance in governing.

Hanson said it is vital to improve the district’s climate.

Phillips said the community is not getting their questions answered by the board, and Skaar said it is OK for the board to disagree on issues if there is respect.

Skaar said the district must listen to the needs of the community when making decisions. 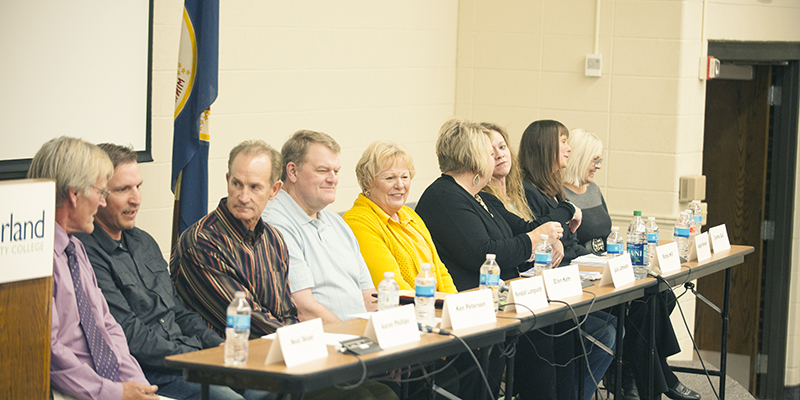 Candidates discussed the need to listen and work together with administration.

Petersen, Skaar, Langseth, Phillips and Hanson said expectations and accountability are needed when working with administration.

“It is not working,” Johnson said. “I am not very supportive of the governance model.”

Hill said the district’s top-down approach needs to be addressed.

Kehr said she has worked well with administration over the last few years.

Working with those who disagree with you

Hill said she has reached out to people who she has disagreed with at the school, noting she thinks working together is crucial to being an effective board member.

“There are ways to work with others,” she said. She said she thinks listening to both sides of an issue is critical to make an educated decision.

Kehr and Langseth cited their experiences on boards as qualification for the position.

“Together, we are so much better,” Kehr said. “I totally enjoy the process.”

“I have the experience to find the solutions,” Langseth said.

Petersen and Skaar said respect is essential in disagreements.

Gail said she has earned respect from working with people, and Hanson and Phillips said the board needs to show respect and listen.

Positive initiatives on the board

Johnson and Kehr said though the board deserves some criticism, it has still worked to ensure students are the district’s top priority.

“We have some work to do,” Johnson said.

Langseth and Hanson said the board has overseen positive initiatives, such as grants and about $819,000 in funding the district received this year for a voluntary state-funded pre-kindergarten program.

Phillips and Hanson said the board is divided.

Skaar, Petersen, Langseth, Kehr, Johnson, Hill, Hanson and Phillips said the district needs to give teachers a voice in teaching.

Phillips and Skaar derided a top-down approach they said is making teachers feel like they do not have ownership over education.

Hanson said non-tenured teachers need to have more job security, and Johnson said teachers should have a large voice in education because they have the most knowledge of how to educate students.

Reasons for running for the board and goals if elected

Skaar, a retired Albert Lea teacher and wrestling coach, said he is running for the board to continue his involvement with the district. He said he wants to create an environment where students are interested in coursework, and he would like to expand apprenticeship programs.

Phillips said he is running to fulfill his passion.

Petersen, who served on the board from 1999 to 2008, said he has proven his leadership capability from his tenure as board chairman.

“Between passion and proven leadership, I would ask for everyone’s vote,” he said.

Langseth said more accountability and morale is needed on the board, and he thinks he can find solutions to issues that benefit students.

He said graduation rates among minorities need to increase, and he supports ensuring minority groups receive a quality education.

Kehr described herself as positive, energetic and willing to cooperate.

“What you see is what you get,” she said.

She said she wants Albert Lea schools to be the best in the state, and she supports continuing with district initiatives, such as having the Albert Lea Area Learning Center at Riverland Community College and the district’s free pre-K program.

Johnson thanked the audience for allowing her to serve on the board for the past four years, and she described herself as a listener who works hard.

She said if re-elected, her goal is to have smaller class sizes.

“That is such an important thing for student achievement at all levels,” she said.

Hill said she will work hard to find answers and do her best to improve the lives of students.

Hanson said she has spoken at board meetings, and she promised that, if elected, she will work hard to improve the district and research ways to solve problems.

“It breaks my heart when children do not graduate,” she said.