Albert Lea takes down Austin in match called because of weather 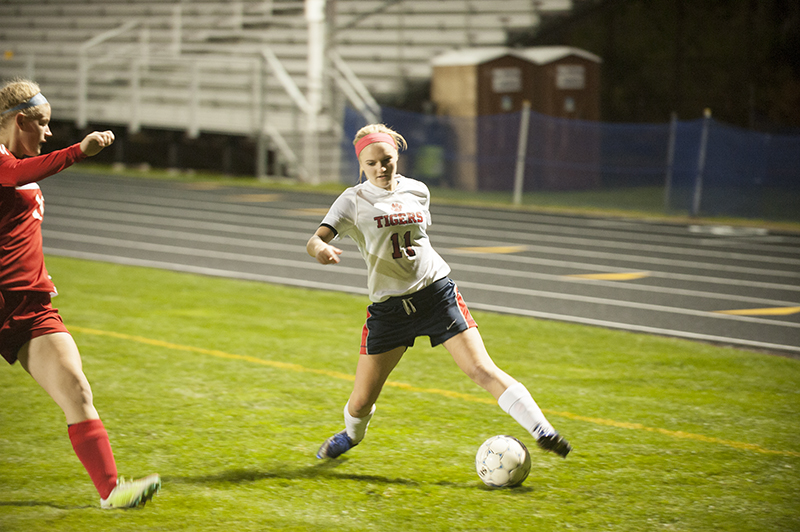 Albert Lea senior defender Callie Hanson corrals the ball near the box in the second half of Thursday’s match against Austin. Jarrod Peterson/Albert Lea Tribune

It was Senior Night for the Albert Lea girls’ soccer team Thursday night.

The Tiger honored their five seniors — Kathryn Flaherty, Maddy Funk, Claire Sherman, Callie Hanson and Hanna Johnson — at halftime and then snuck in just enough of the second half before lightning, thunder and rain took over.

Albert Lea’s Rachel Rehnelt scored the game’s lone goal in the second half to give the Tigers a 1-0 win over the Austin Packers.

The game was called a little less than 10 minutes into the second half because of constant thunder and lightning, giving the Tigers their ninth win of the season.

Albert Lea ended the regular season on a high note, winning four of its last seven games and six of the last nine to finish in seventh place in the Big Nine Conference with a conference record of 5-6 and overall record of 9-6.

The shutout was the fifth of the season for the Tigers.