Autumn festival for all ages back with some new activities 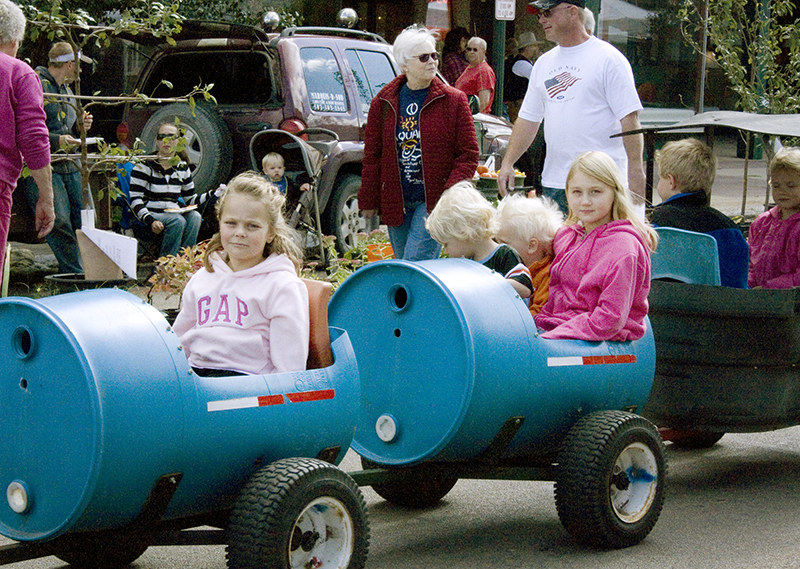 Children flocked to a train for a ride down Broadway Avenue in downtown Albert Lea during the first-ever fall festival in 2011. This year's event, known as the Autumn Blaze Festival, will feature many children's activities, as well as a 5k family walk/run, cooking demonstrations and live music, among other activities. Tribune file photo

Downtown Albert Lea will celebrate fall next weekend with a festival for all ages.

The Autumn Blaze Festival kicks off at 10 a.m. Oct. 15 with the Splash Dash family 5k walk/run on North Broadway.

The event, a fundraiser for a splash pad at the intersection of Broadway and Fountain Street, costs $20 for adults, $10 for school-age children or $70 for families.

Registration begins at 9 a.m. the day of the event or people can visit the Albert Lea Splash Pad Facebook page for more information about registering online.

There will be light refreshments and water at the finish line, and prizes will be given out for top finishers and the participant with the craziest outfit.

The 5k is being organized by the local Mothers of Preschoolers and Moms Next groups. 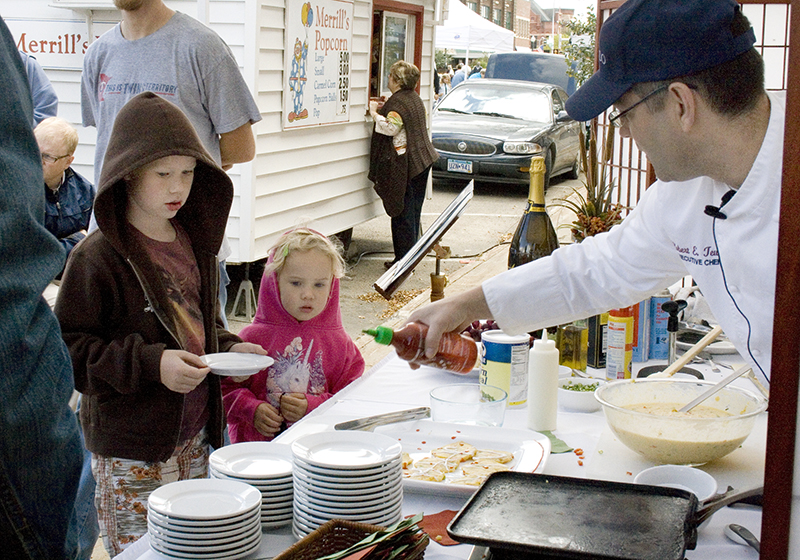 Bob Tewes, right, owner of Crescendo in downtown Albert Lea, adds some hot sauce to corn fritters he prepared during one of two cooking demonstrations at the fall festival in 2011. Tewes will again offer cooking presentations at the Autumn Blaze Festival. Tribune file photo

“As a community of moms, we’re really excited to get this splash pad in place,” said April Jeppson, one of the 5k organizers. “It’s a family-fun activity.”

She said she is looking forward to seeing all of the families come out and be active together in the splash pad when it is completed.

After the race, other family activities begin at 11 a.m. on Broadway and continue until 3 p.m. Activities planned include pumpkin painting, a kiddie train and a magician from 11 a.m. to 2 p.m., among others. There will be craft and home-based business vendors on the side of the street.

At 12:30 p.m. and 2 p.m., there will be an outdoor food demonstration by Crescendo Exquisite Food & Fine Wines owner and chef Bob Tewes.

Throughout the day there will be food, craft beer and featured wineries.

At 4 p.m., people are invited to bring their own table and chairs — whatever their style — to Broadway to enjoy food and drinks from various vendors while enjoying autumn in Albert Lea.

From 5 to 8 p.m. the American Legion will host a steak fry, and at 7 p.m. live music will be provided by Echo Messenger and Bitter Roots.

Susie Petersen, one of the organizers, encouraged people to check out the festivities.

“It’s going to be a great fall festival,” she said.

Parking will be available on Broadway from William Street to Main Street, as well as other locations.