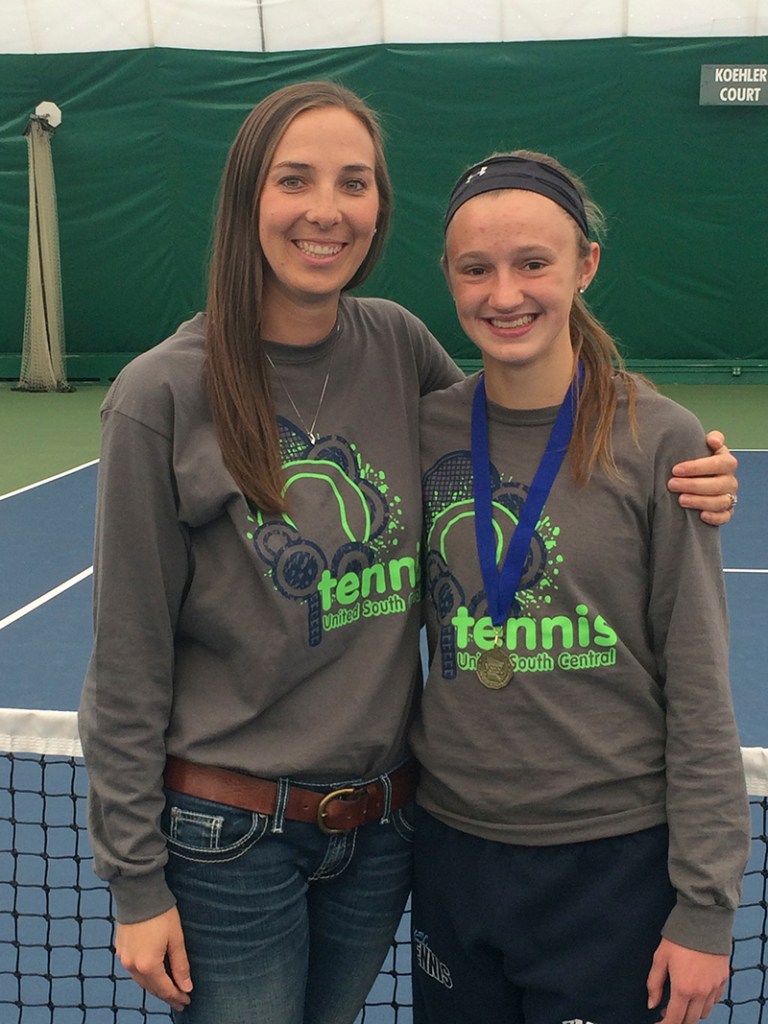 Emma Bernd, right, is pictured with tennis coach Amanda Henning after she clinched her spot in the 2016 Minnesota state tournament for girls’ tennis in singles action. provided

United South Central’s Emma Barnd represented the Rebels in the 2016 Minnesota state tournament for girls’ tennis Thursday and Friday, and wound up with an impressive showing.

Barnd faced off against Holy Family Catholic’s Sophie Lynch in a first-round match.

Barnd fell to Lynch 6-3, 6-1 and was sent to the consolation bracket.

Once there, she faced off against Julia Smith of Park Rapids Area High School. Barnd was able to take down Smith by a score of 3-6, 6-4, 1-0 (7) to move onto the next round in the bracket.

However, her state tournament run would be cut short Friday when she faced Eveleth-Gilbert’s Cora Delich. Barnd fell to Delich 6-2, 5-7, 1-0 (2) one match short of the consolation championship match.

Delich fell to Cotter’s Cindy Li in the championship round.

With Barnd being only a junior, there is a chance Barnd will have another opportunity to make it back to the state tournament next year to improve on her run this season.